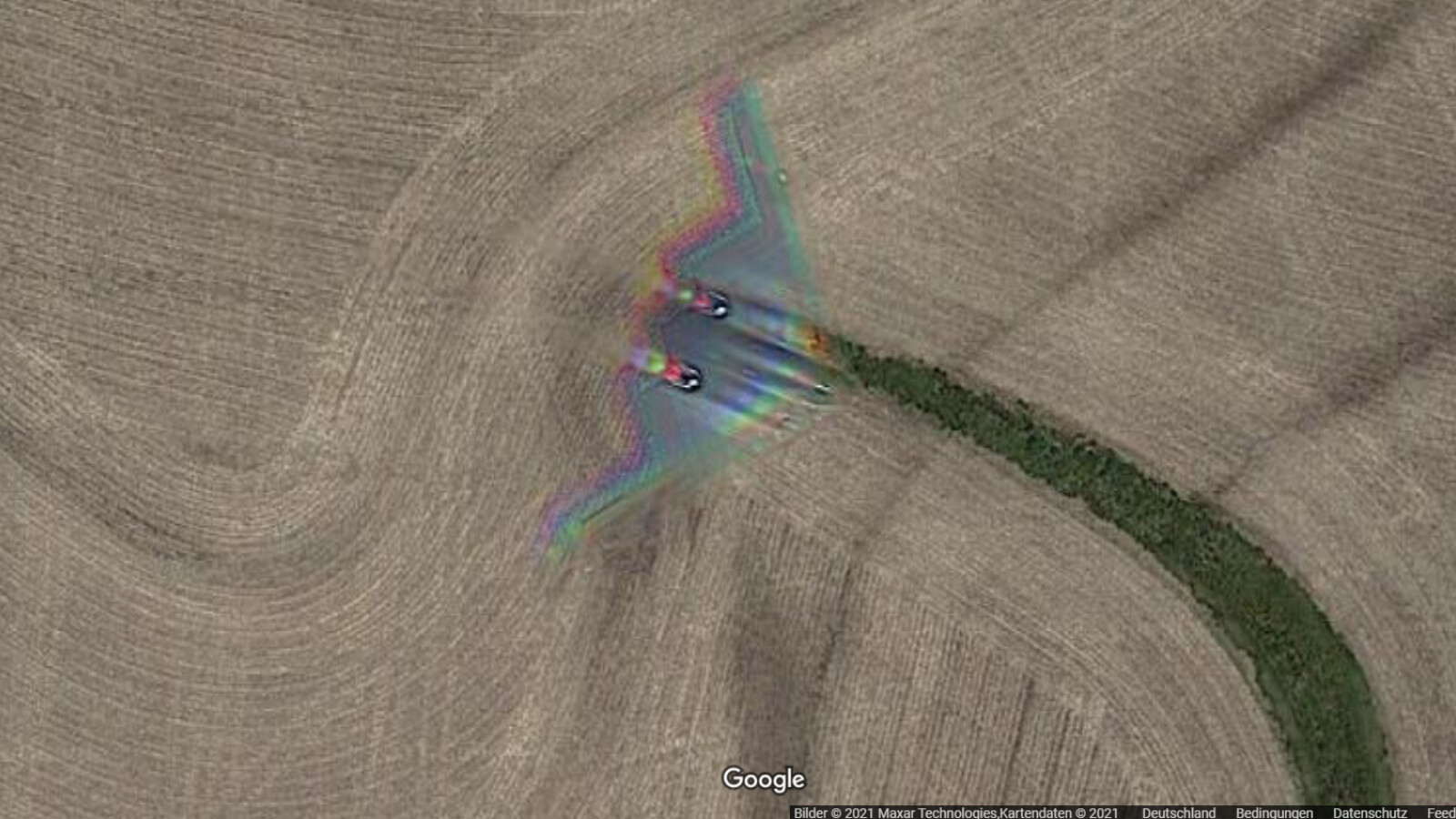 Google Maps always offers one or the other strange find. The map service suggests a detour via the autobahn as the shortest route for pedestrians or sends drivers into rivers or lakes. But this picture should probably not be on Google Maps.

The picture shows a stealth bomber near Kansas City that is apparently flying at high speed. The flying object can be seen so clearly that some Reddit users were actually able to find out that it is a Northrop B-2, a fighter aircraft of the US arms.

It is considered the most expensive fighter jet in the world. One hour flight is estimated to cost the US Army over $ 100,000. Accordingly, you will rarely see such an airplane in the sky. Especially since there are only 20 of them, which makes the find on Google Maps even more exciting.

But there are far stranger Google Maps finds. Users have found disturbing images from the ruins of Chernpbyl. Another user used the map service to find the body of a missing person.