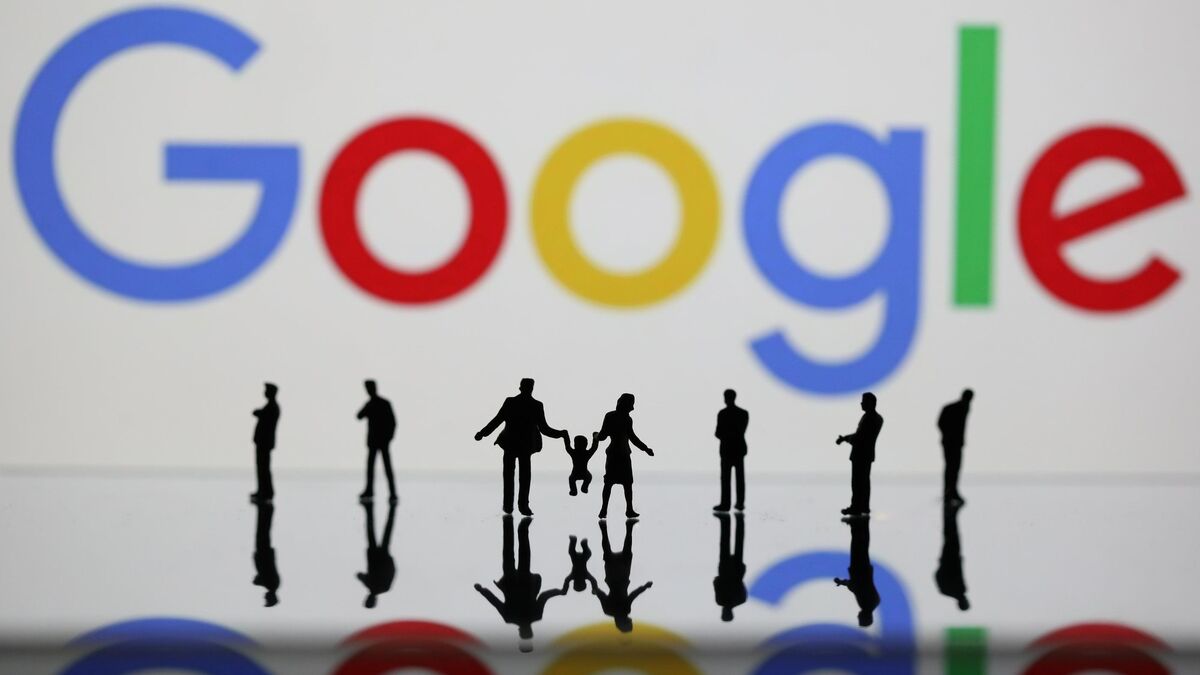 “Fear has changed sides”. This Monday morning, Isabelle de Silva, president of the Competition Authority, does not shy away from her pleasure when she announces at a press conference the fine of 220 million euros imposed on Google, for anti-competitive practices in matters of online advertising after the complaint lodged in 2019 by three press groups: Le Figaro – which then withdrew from the proceedings -, the Belgian Rossel and the global media giant News Corp, controlled by the Australian-American billionaire Rupert Murdoch .

“It’s a historic decision,” she insists. We send a message: even in the face of very complex processes, we have the means to act. “In Bercy too, Bruno Le Maire, Minister of the Economy, expressed his enthusiasm:” I welcome the decision of the Competition Authority (…) The large platforms have gradually acquired dominant positions and it is it is essential to have our competition rules applied to the digital giants who operate in our territory ”.

“Repercussions all over the world”

It must be said that the gendarme of competition struck a blow by attacking, for the first time in the world, the sinews of war, online advertising, and more precisely part of its mechanism. Because Google, which had decided to negotiate with the Competition Authority, it is a turnover in 2020 of 182 billion dollars (Editor’s note: around 150 billion euros) 85% of which comes from internet advertising.

“It is no longer a tech giant, but advertising”, summarizes Arnaud Créput, CEO of Smart. With its 300 employees, more than half of them in France, and a turnover of 140 million euros, this French nugget specializing in online advertising management technologies, is one of only two competitors, with the American Xandr, still alive against Google. Heard as a witness in this case, Smart was impatiently awaiting this decision. “We should not underestimate this first sanction,” continues Arnaud Créput. It is a first step which will have repercussions all over the world ”.

READ  The new electric car .. Find out the specifications, price and delivery dates

In addition to the sanction to the portfolio, Google has indeed the obligation to modify its practices. “They have made a commitment to do so in France but also in the rest of the world,” explains Isabelle de Silva. In a press release, Google France’s legal director, Maria Gomri, wrote: “As part of the Autorité de la concurrence investigation, we have agreed on a set of commitments that will facilitate use by publishers. data and our tools with other advertising technologies. We will test and develop these modifications in the coming months, before rolling them out more widely, some of which are on a global scale ”.

But what will be the repercussions of these commitments? “There will be an impact on prices, on volumes, but that will not allow the market to be rebalanced,” believes Arnaud Créput. It’s a small victory in a much larger war ”. Because the power of Google in online advertising, a market of several hundreds of billions of euros, does not rest only on the part analyzed by the gendarme of the competition.

It sits above all on the universe that the Californian company has built with its Chrome search engine, its Android operating system or even YouTube, its video hosting website. All data vacuum cleaners.

“To put an end to these anti-competitive practices, Google’s activities would have to be organized in silos,” argues Arnaud Créput. That data exchanges are no longer possible. It’s far from done, but the noose is tightening. “

From Australia to Italy, via Germany, the United Kingdom and the United States, Google investigations by local competition authorities are on the rise. Across the Atlantic, the State of Texas is investigating a secret agreement, called Jedi Blue, signed between Google and Facebook to reduce competition in the advertising sector. An explosive subject when we know that in France alone, the two giants achieve 30% of audience but capture 75% of advertising. These investigations will now be able to rely on the French decision.

READ  After being stored in the California desert due to Corona, how Qantas employees expel snakes on planes

As for the fine, of 220 million euros, which may seem low, the Competition Authority recalls that all companies that have been victims of anti-competitive practices by Google can ask for compensation. “The Authority’s decision is sufficiently reasoned for victims to lodge appeals,” said Me Sarah Subrémon, lawyer at the Brandeis law firm, specializing in the defense of victims of anti-competitive practices. But will they? “. One of these companies confides: “The subject is sensitive. Google mistreats us but also makes us earn money ”.