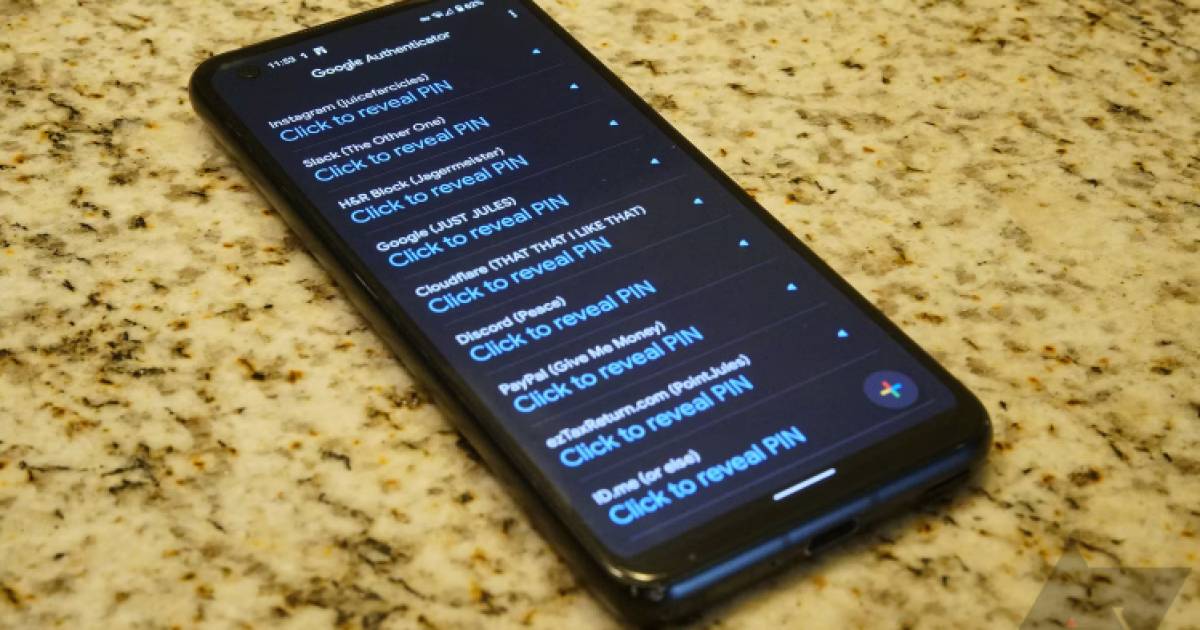 After less than two months, Google is withdrawing its “Click to reveal PIN” feature from the authenticator app. The feature was apparently very badly received by the community and was not beyond any doubt in terms of functionality, it seems.

The Google Authenticator is a widely used security tool when it comes to two-factor authentication – and not only with Google Services, other services also support the app (e.g. Facebook, Microsoft, various gaming platforms, etc.). The app already has over 100 million downloads in the Google Play Store alone. A fairly simple tool with a small but solid set of features.

At the end of May, the Californians started rolling out another feature – Click to reveal PIN, in English: press to reveal PIN. Before this new Click to reveal was introduced, you could read the codes of all the services stored in the app directly. Click to reveal should now ensure that this code cannot simply be read, but that a tap on the display was necessary to only show the code that is now required. The purpose behind this: You can prevent a third party from accidentally reading the code.

However, this certainly well-intentioned feature did not exactly meet with great enthusiasm in the community. There were complaints that this function disrupts the workflow and does not always work properly. In addition, the feature was felt to be exaggerated, since the six-digit code changed again after just 30 seconds anyway. So the potential risk is minimal anyway.
This reluctance on the part of users, coupled with some functional problems, apparently prompted Google to withdraw the function again – after only around 7 weeks. However, there has not yet been an official comment from the search engine giant.