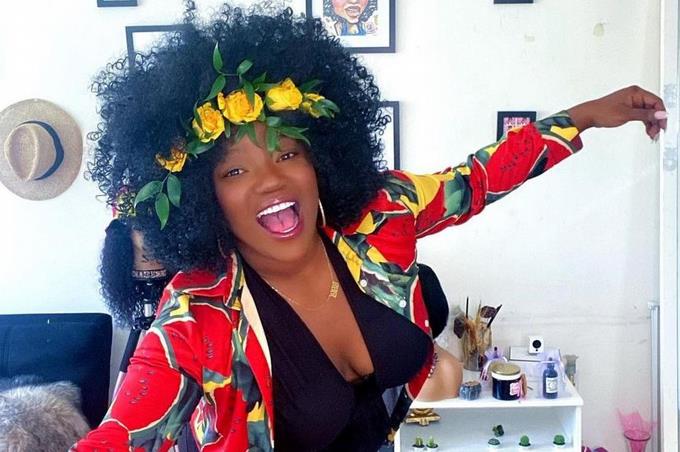 The Dominican influencer Lissette Eduardo, better known as Chiky BomBom, is not as “good” as her popular phrase says after receiving hundreds of criticisms from her own virtual community, who accuse her that she has already “risen to fame. head”.

Although the tiktoker was already known with millions of followers on social networks, it was not until recently that her popularity grew exponentially after publishing a clip titled “I have the personality.”

The greeting of “Good, good” with its particular tone has been viralized being replicated by thousands of Internet users including several celebrities.

So much so that a few days ago another influencer uploaded a video stamping a T-shirt with the phrases from the video ‘I have the personality’, apparently, without the permission of the Dominican, which is why she expressed her disagreement through a story on her account from Instagram.

“I see many people making taxes and t-shirts, in short, making a lot of money with my phrases without my permission, I hope everyone is ready for what is coming, that the abuse is going to end right now ”, Chiky Bombom told him.

In that same message, he implied that he planned to sue: “I hope in God they have a good lawyer for what is coming. Opportunistic and disrespectful … I contacted my team and we recorded everything because there are so many people making money out of this ”.

After this comment that also went viral, users were outraged and attacked the Dominican.

“The fumes went up to your head, I never imagined you could threaten a person for something so absurd, a follower of yours mija, you come from below and more than anyone you should understand. The truth is, I think you crossed the line “, commented one user and as this message many more were dedicated to Chiky Bombon.

After this controversy, the instagramer, participated in the fifth season of the reality show “Look who dances”, came out to publicly apologize.

“I made a mistake making that comment. I apologized privately to the girl and she was quiet (…) I apologized to the public four times on TikTok, the videos are out there”He said recently in a live on Instagram.

In that sense “La Pantera”, as it is also known, expressed that people want to destroy it by calling it arrogant.