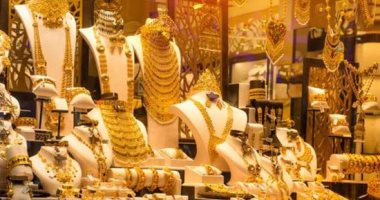 Gold prices in Egypt stabilized today, Sunday, at the same closing levels as last week, in conjunction with the weekly holiday for the goldsmiths market, and trading on gold stopped globally and locally, and 21 karat gold, which is the best-selling in Egypt, recorded 792 pounds per gram, and an ounce of gold recorded 1812 dollars.

On Friday, July 16th, the market concluded with a noticeable decline to bring gold down from its rise in almost a month with the rise of the dollar and the announcement of the monetary policy report issued by the Bank of Japan and the core consumer price index for the Eurozone, US Retail Sales (MoM).