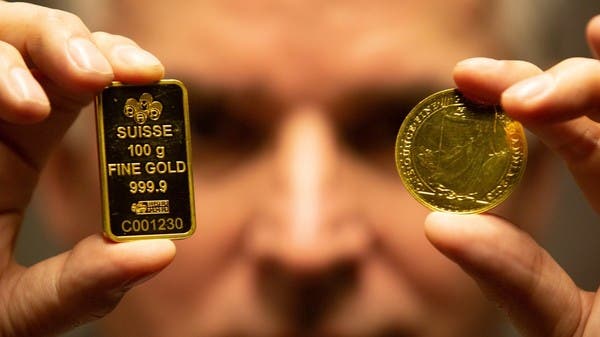 Gold prices in 2022.. These are the most prominent expectations

After gains of nearly 25% in 2020, gold bucked the trend in 2021 to fall by 5%, amid stressing factors that included the rapid recovery of the global economy, the improvement of confidence after the discovery of vaccinations, and the tendency of investors to take risks in stock markets.

Analysts and specialists, in previous interviews with Al Arabiya, expected continued pressure on gold prices during 2022, amid a radical change in monetary policies by central banks and raising interest rates, which reduces the attractiveness of gold.

Inflation levels around the world were a factor discouraging the rise in gold prices in 2021, with cash flowing to the stock markets as a result of record increases, especially in the technology sector.

The increase in gold prices by 70% between the third quarter of 2018 and the same quarter of 2020, pressures on its foreseeable future movements.

The chief market strategist at Tradepedia, Habib Akiki, said that gold was in a very favorable position to rise this year, and despite its good condition in the first half of this year, it ended the year on sideways rather than high.

Akiki expected that the precious metal will continue to move sideways during 2022, because central banks are heading to tighten and this does not suit gold, and we may witness some declines in prices.

The head of Target Investment Company, Noureddine Mohamed, considered that the main driver for the rise of gold at the current stage, and in 2022, will be the continuous inflationary pressures.

He expected that an ounce of gold in high estimates would reach $2000.

The head of the Target Investment Company said that the continuing inflationary pressures show the need to raise interest rates, which are expected to rise in the new year, to reach levels of 1% in the United States.

But he cautioned about the real interest rates that could remain in the negative space or close to zero, and this positively affects gold, explaining that the holdings of exchange-traded funds began recording a positive path after a negative phase that arose since last July.

The head of the research department at Equiti Group, Raid Greens, expected gold to be subjected to severe pressure from the tightening of monetary policies, and thus record a decline in the yellow metal.

The greens said that the rises witnessed by gold are inflationary, amid less cash flows on gold-traded funds, and it is likely that the ounce will fall below 1750 dollars in the first two months of next year.

The best way to protect

The founder of Alkhabeer Financial Company, Ammar Shata, confirmed that gold is traditionally the best way to protect against turmoil, as a safe haven against market fluctuations.

See also  With 13 new routes: Ryanair back in Nuremberg | Regional

He added that hedging through gold requires no more than 5% to 8% of the investment portfolio, and also silver should not exceed 5%, explaining that gold is not the best hedge against inflation, but it is better in hedging and caution against political turmoil.