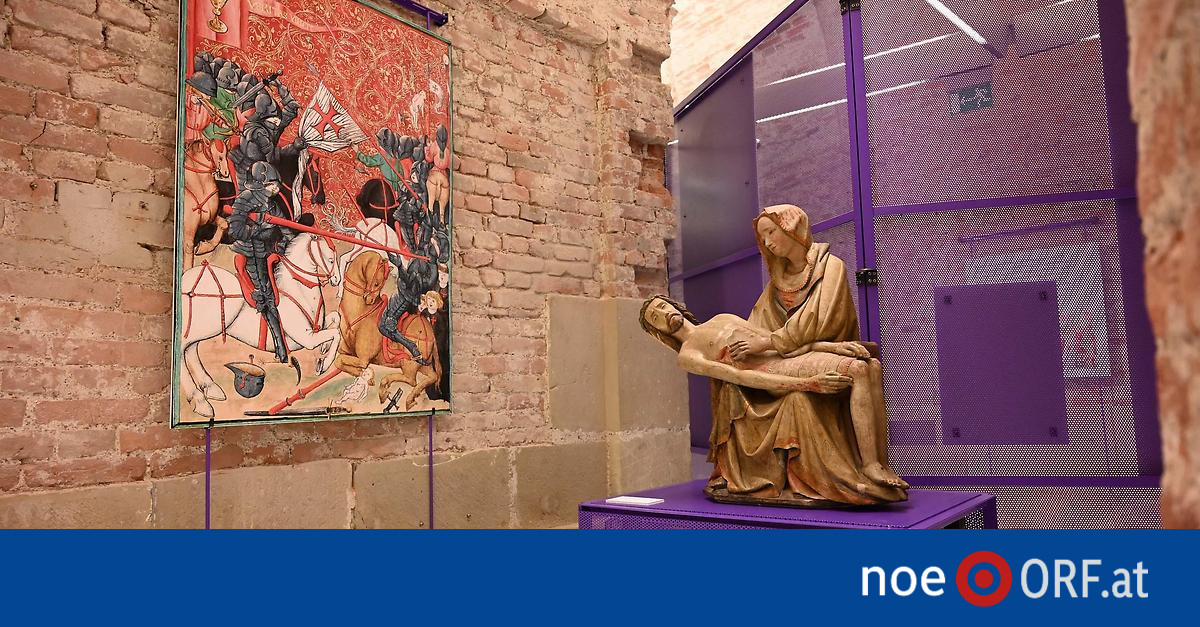 With the new exhibition “God’s Warriors”, the Klosterneuburg Monastery focuses on the Hussite wars in the 15th century around Vienna. Paintings, sculptures, documents and other historical finds from this controversial period are presented.

In the mid-14th century, the plague gradually swept Europe, and natural disasters caused economic and social problems. “Circumstances of this kind caused real crises of faith among the population at the time, which subsequently also led to armed conflicts,” explains Maria Theisen, the curator of the exhibition at Klosterneuburg Abbey.

Followers of the Catholic Church competed against so-called “reformers” who refused allegiance to both the Catholic Church and the Holy Roman Empire. First and foremost was the reformer Jan Hus with his followers, the Hussites. Both groups referred to themselves as “warriors of God” and felt they alone represented the true faith. The Hussite Wars lasted from 1419 to 1436 and went to the gates of Vienna.

Valuables on display in Klosterneuburg Abbey

The Klosterneuburg monastery also played a not insignificant role during these disputes. The monks of the monastery acted as advisors to the then Duke Albrecht V, who fought in the war against the Hussites. In addition, the monastery also served as a refuge for war refugees from Bohemia and Moravia.

Fleeing from the Hussite wars, the refugees from Bohemia and Moravia brought many of their valuables with them to Klosterneuburg Abbey. These are now on display in the pen. The exhibition can be visited daily from 9 a.m. to 6 p.m. until November 15.