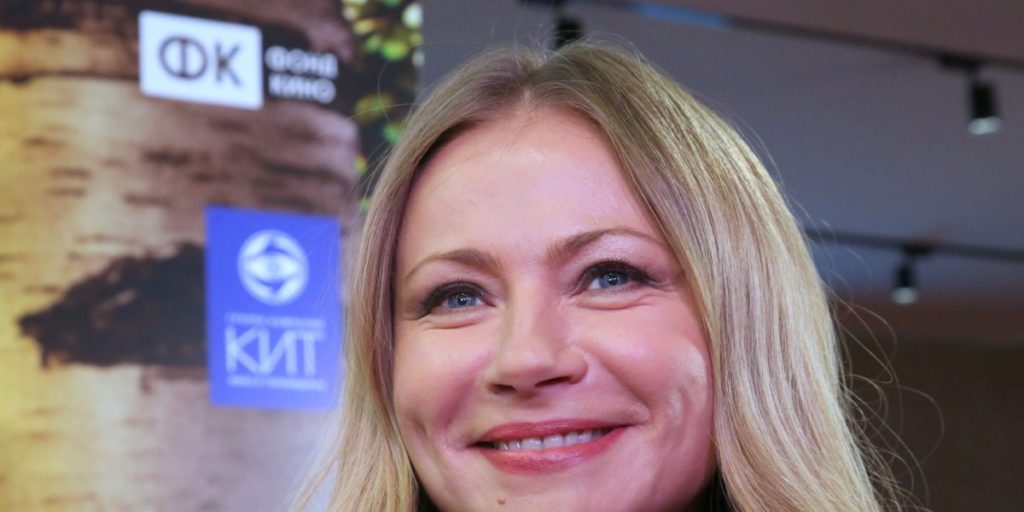 “God, how pretty!” Maria Mironova, who gave birth at 46, showed a rare photo of her grown son

The daughter of actor Andrei Mironov prefers to keep his personal life away from the public. Maria very rarely publishes pictures of her heirs on social networks.

The theater and film actress is also a happy mother of two sons. She gave birth to her first child from Igor Udalov at the age of 19, the boy was named Andrei. Then the actress had two more marriages, but those relationships did not bring children. In 2017, Maria Mironova got married for the fourth time. The chosen one of the artist was the 29-year-old handsome actor Andrei Soroka, the same age as the eldest son of Mary.

Mironova carefully concealed her marriage from the public until the people were shocked by the news that the 46-year-old heiress of a star family became a mother for the second time. In 2019, the actress gave birth to her second son. For the youngest, Maria chose the name Fedor.

The baby will be three years old in September, but the artist is true to herself and does not tell strangers anything about him. Only occasionally does she publish photos of Fedor on social networks. Largely because of such secrecy, each picture of the boy is vigorously discussed by Mironova’s subscribers.

Recently, the actress decided to show the Russians how her baby has grown. Maria posted a photo in which Feder looks with his big eyes directly into the camera. “In psychology, there is such a concept: “What you fight against is what you become.” Son, don’t fight, just be yourself, ”Mironova signed the frame.

The people were delighted with the picture. Many noted that the boy looks like a famous grandfather. “Oh, what an angel son! Beautiful!”; “What incredible beautiful children you have”; “You have a wonderful baby Masha! Grandson of great parents! I adore Actor Andrei Mironov! There is no one like him and never will be, the most artistic! Brilliant talent”; “Good luck and easy way to this handsome man”; “Mary, you are just super beauty! And sweet son! I adore you!”; “Looks like my grandfather. What a fine fellow Masha you are, you gave birth to two children who look like a great grandfather. Such a gift to the country, the people, the successors of the Mironov family”; “God, how pretty!” — netizens wrote in the comments under the photo.

Recall that Maria Mironova risked her health for the birth of her second child. Doctors warned that there were certain dangers due to age, but the artist was determined to feel the joy of motherhood again.

“I was seen by two doctors during my pregnancy. One of my fears fully confirmed. And the second – refuted and eventually proved his case! He thought everything was going to be okay. And I also believed. It matters what you believe. By faith it will be given to you. I was convinced many times: everything is so, ”the artist confessed after the birth of Fedor.