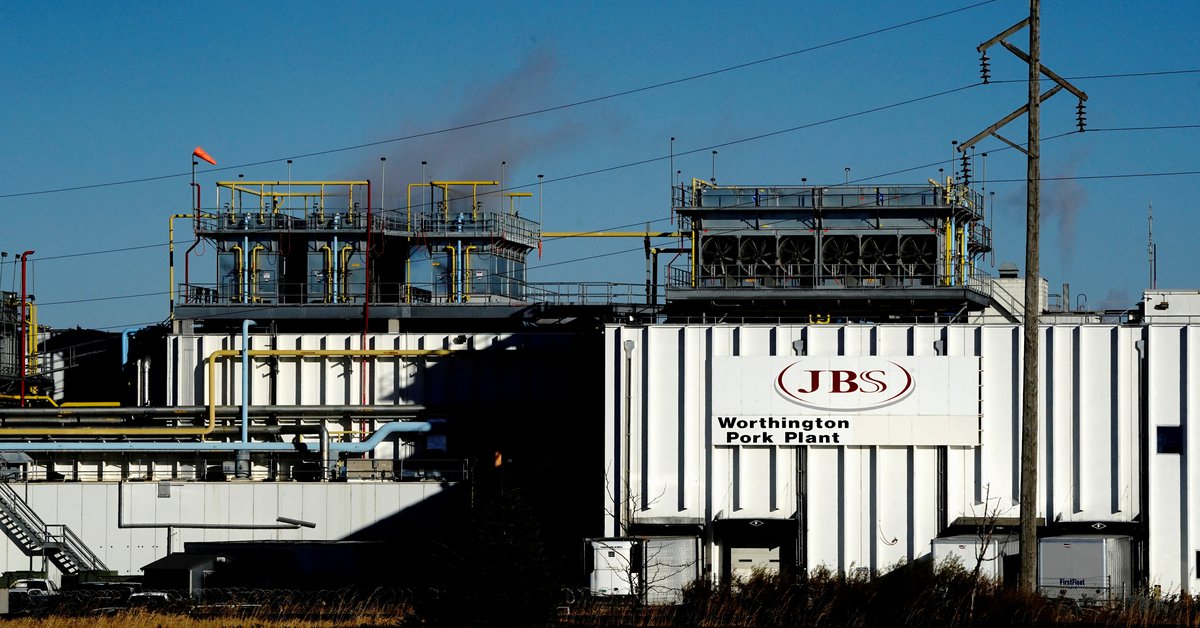 Global meat giant JBS, victim of a cyberattack in late May, paid the equivalent of $ 11 million to hackersthe executive director of the Brazilian group’s US subsidiary reported on Wednesday.

“It was a very difficult decision for our company and for me personally,” Andre Nogueira said in a statement. “However, we think that this decision should be taken to avoid any possible risk to our clients,” he said.

“At the time of payment, the vast majority of the company’s facilities were operational”Said JBS, one of the largest companies in the food sector in the world.

This was done to “ensure that no data was leaked” and “to avoid unforeseen problems related to the attack,” according to the group.

Nogueira needed al Wall Street Journal that the ransom payment was made in bitcoin.

JBS, specialized in pork, beef and chicken products, it had indicated to the US authorities that it was being the target of a cyberattack with ransomware originating from a “criminal organization probably based in Russia”, according to the White House.

The servers on which its computer systems are based in North America and Australia had been attacked, paralyzing the group’s activities. in Australia and suspending certain production lines in the United States.

In addition to Brazil and the rest of Latin America, JBS is present in the United States, Australia, Canada, New Zealand and the United Kingdom.

The president of the United States, Joe Biden, declared that he did not rule out reprisals against Moscow after this cyberattack.

A well-known group of hackers with ties to Russia was behind the cyber attack, reported Wednesday FBI it’s a statement.

The Russian cyber group goes by the name of REvil O SodinokibiAccording to the FBI, who said he was working “To bring the actors of the threat to justice.” “We continue to focus our efforts on imposing risks and consequences and holding responsible cyber actors accountable.”the statement added.

Recently several companies have been victims of large-scale cyber attacks.

The group Colonial Pipeline, the target of a cyber attack in early May, admitted to paying hackers $ 4.4 million.

On Monday, the US authorities announced that they had recovered part of that sum.

Ransomware exploits security holes to lock down computer systems. Then their authors demand a ransom to unlock them.

A cyberattack will force Ireland to pay “tens of millions” of euros in ransom: they hacked its health system
The company that operates the pipeline network affected by the cyberattack in the US paid 5 million dollars in ransom