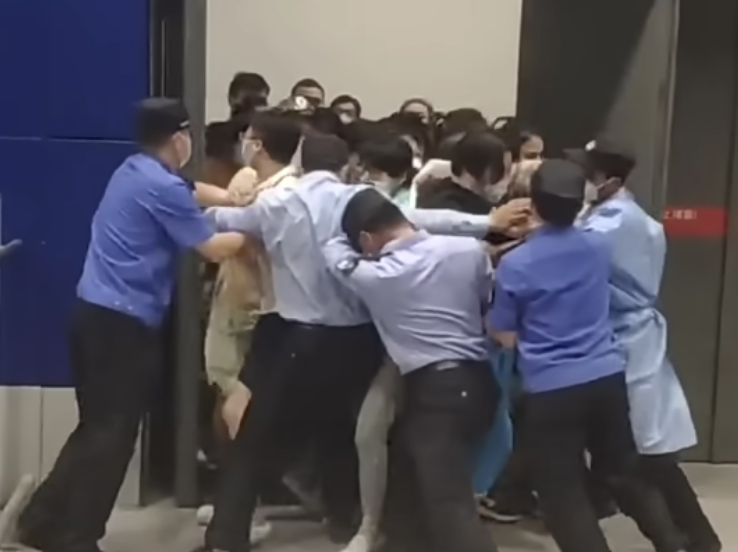 GISMETEO: The security service blocked the IKEA store with visitors due to the risk of coronavirus – Coronavirus epidemic

Scenes of disorder unfolded in a shop in Shanghai IKEA in an effort to close the store and isolate those who were there, according to Bloomberg.

The shoppers panicked and tried to get out of the building before the doors closed. Shanghai’s 25 million people know firsthand what quarantine means after being banned from leaving their homes for 2 months in the spring.

Health authorities in the financial center said they had imposed “temporary control measures” at the store after a 6-year-old boy had close contact with an asymptomatic coronavirus infection. Everyone in IKEA and other affected areas will have to undergo a 2-day quarantine, and then undergo a 5-day medical observation.

Sudden lockdowns, where people are prevented from leaving a building without warning, have led to numerous panic attacks across China. Recently, residents climbed over fences, ran along the beach and poured into office towers after learning of the restrictions.

On Monday, 2,312 new infections were recorded across the country. The growing outbreak shows that there are no safe places anywhere, including resort areas and newly restored regions.

In a video circulating on social media, an announcement inside IKEA can be heard saying that officials have asked the mall to close immediately and prevent people from entering or exiting. As guards and medical workers in personal protective equipment tried to close the door to prevent anyone from getting out, dozens of people screamed and pushed until they broke free.

According to epidemic prevention guidelines IKEA Shanghai XuhuI was temporarily closed on August 14 and 15.