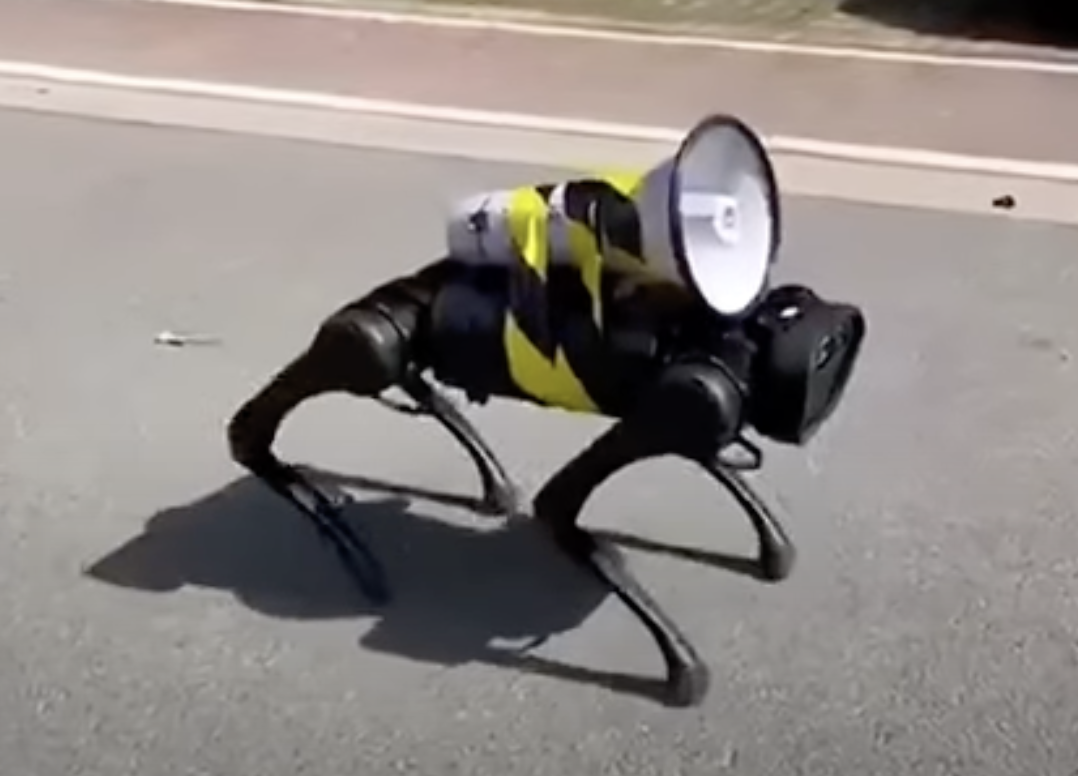 GISMETEO: Residents of Shanghai are forbidden to go outside due to coronavirus – robots inform about this – Coronavirus epidemic

On the streets of Shanghai, you can now meet a robot in the form of a dog that warns of anti-COVID measures. From the speaker mounted on his back, calls are heard to put on a mask, wash his hands more often and take his temperature.

Residents of the city found themselves in yet another isolation in the last days of March, when an outbreak of a new variant of omicron-covid was detected.

In addition to such robots, the authorities are actively using drones for monitoring, also equipped with loudspeakers. Such a “bird” warns citizens that if they do not quickly go home, they will suffer legal punishment.

The drone footage shows the empty streets of a normally bustling metropolis.

Since the beginning of April, in a metropolis with a population of about 26 million people, about 8 thousand infections have been recorded daily.

Another tough measure to combat coronavirus in the country was the order that pets in families with infected owners are ordered to be euthanized. Such a decision, in particular, was made last week in the urban district of Langfang. However, due to the sharply negative reaction of the population to such a measure, the order was canceled a day later, there is no data on the number of animals killed during this time.

Similar measures have been taken in the country before. More than 2,500 hamsters were euthanized in Hong Kong in January over concerns that pet rodents were spreading covid. It later turned out that the hamster blamed for the outbreak didn’t actually have the virus, allowing him to avoid being euthanized. Fortune.

See also  Isola: Italian Grand Prix is ​​an opportunity for our company