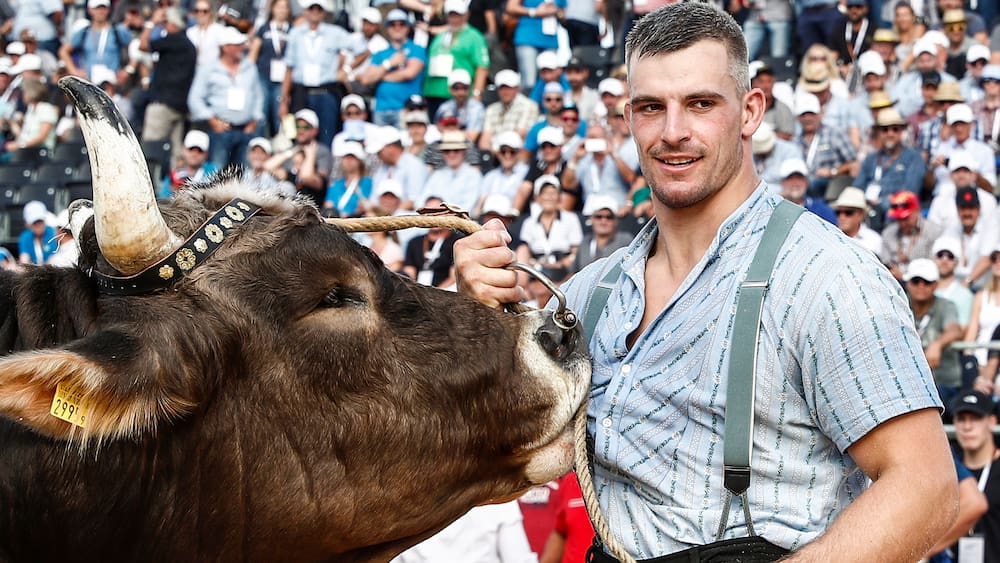 Giger and Wicki in good shape

How badly has the corona pandemic damaged the national sport?
The contact sport of wrestling has suffered a lot in the last two years. A season that practically fell through completely and a season with an extremely large number of restrictions have left their mark. There was a decline in the number of active people, around 500 wrestlers hung up their thongs during the corona pandemic. And the association also had to tighten its belt despite financial support from the federal government. Corona caught the previously booming wrestling sport on the wrong foot. “Now we are looking forward to normality, for sure until autumn. How the pandemic develops afterwards is like reading coffee grounds, »says Rolf Gasser, the association’s managing director. He is pleased that the young wrestlers have reached the level of 2019 again.

What’s next?
The atmospheric Kilchberger Schwinget last fall is intended to mark the start of a new flight of fancy. We are now looking forward to a complete season with all the highlights at the original locations. The Stoos- and Rigi-Schwinget are back on the mountain and not without spectators in the valley. All eleven major festivals (six mountain festivals, five sub-association festivals) and many cantonal festivals can be seen live on television. And then the absolute highlight of the season awaits with the Federal in Pratteln in August. Up to 400,000 people are expected in Baselland. With 50,900 seats, the arena will be a little smaller than in Zug. “But it remains the largest temporary arena in the world,” says Gasser. The ticket prices have been raised again for this. With the Unspunnen-Schwinget in Interlaken, the Jubilee-Schwinget in Appenzell and the Swiss Confederation in Mollis, the years 2023 to 2025 are also peppered with absolute highlights.

How did the strength ratios develop?
Samuel Giger was the dominant man last year. In 2021 he defeated a total of 23 federal wrestlers and won seven wrestling festivals. Giger also performed impressively at the first festivals this spring. Just like Joel Wicki, who is also in an impressive early form. King Stucki has suffered a partial rupture of his shoulder tendon and will be out for a few weeks. One of the exciting questions of the season is whether he will be able to fight for the crown again in August at the age of 37. Two crown princes, Fabian Staudenmann and Damian Ott, lurk behind the giants. Kilian Wenger showed last season that he can still keep up with the front runners. The next few weeks will show how strong Armon Orlik is in this Swiss year. Behind them there is a large field with top people. If Nick Alpiger is fit, the Northwestern Swiss team leader can keep up with the front runners. The Bernese still have the strongest team with many exciting names. One of them is Adrian Walther.

Where does the wreath festival season start?
The first two wreath festivals will take place this Sunday. The Thurgau Cantonal and the Zug Cantonal. The Thurgau Cantonal is excellently staffed. Samuel Giger, Damian Ott and Werner Schlegel are the favourites. There are also top-class guests like Remo Käser and Sven Schurtenberger. With Stefan Burkhalter (47), the dinosaur of wrestling is also there. Nöldi Forrer (43), on the other hand, is missing, his knee is pinched. At the cantonal festival in Zug, the top favorite is Joel Wicki. The veterans Christian Schuler, Benji von Ah and Mike Müllestein try to counteract this.