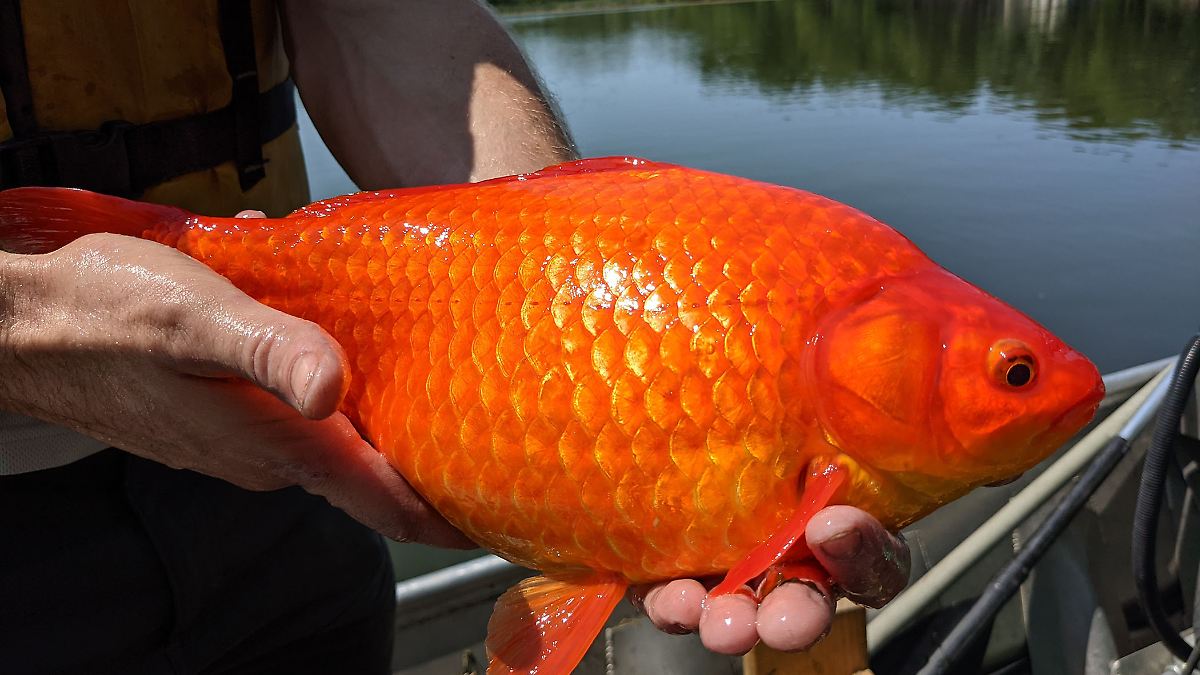 Huge copies in the US

Goldfish are popular pets. They’re quiet, sturdy, and good-looking. However, some animals of this species are released in the United States. There they thrive splendidly. But ecologically this leads to real problems.

The American city of Burnsville has used Twitter to appeal to people in the area not to release their goldfish in lakes or ponds. The reason for this was a previous action by the authorities in which huge specimens of goldfish were pulled from the Keller Lake.

At the beginning of the month, goldfish up to 30 centimeters in size were discovered during an investigation into the water quality, writes the “Star Tribune”. As a result, officials returned to the lake a second time and caught 18 more goldfish. The animals have an estimated weight of around two kilograms.

Many times its weight and size

The animals released in lakes and ponds are many times as big as in aquariums and then represent a problem for native species. “They are bigger than you think and contribute to poor water quality,” write the city authorities. They churned up the soil in the waters and uprooted the plants. “The Guardian” also reports on it.

Goldfish are quite a hardy species and belong to the group of carp fish. They have few natural enemies and reproduce quickly. Not only can they survive the winters on the Minnesota waterways, but they are generalists. This means that they can adapt to all freshwater biotopes outside the polar zones. Often exposed by humans, the goldfish is therefore a so-called neozoon that is widespread worldwide and that competes successfully with the original fish fauna.

In search of food, they rummage through the bottom of bodies of water, tearing out plants and swirling up sediments. This in turn can lead to phosphorus getting into the water. This in turn leads to increased algae growth. The often bright orange fish also compete with native species for food and habitat.

“Illegal stocks can upset the delicate balance of existing fish communities, spread fish diseases and have other unintended consequences that can last for years,” wrote the Minnesota Department of Natural Resources about the problem earlier this year.

Goldfish are not naturally found in waters in Minnesota or the rest of the United States. They were bred as pets in eastern China about 1000 years ago and are still bred for the pet trade to this day. Around 200 million pieces are said to be produced annually in the USA through breeding and the majority of them will be sold within the country. If kept well, the animals have an average life expectancy of 25 years. A factor that most people may not be aware of when purchasing them as pets.

The Burnsville authorities believe that the owners of the goldfish wanted to get rid of the animals but did not want to kill them, so they released them to the surrounding waters. But that’s illegal in Minnesota. The animals that were fished from Keller Lake were eventually killed. Goldfish owners who no longer wish to have their pets are advised to find a new home for the animals with someone else or in a pet store.