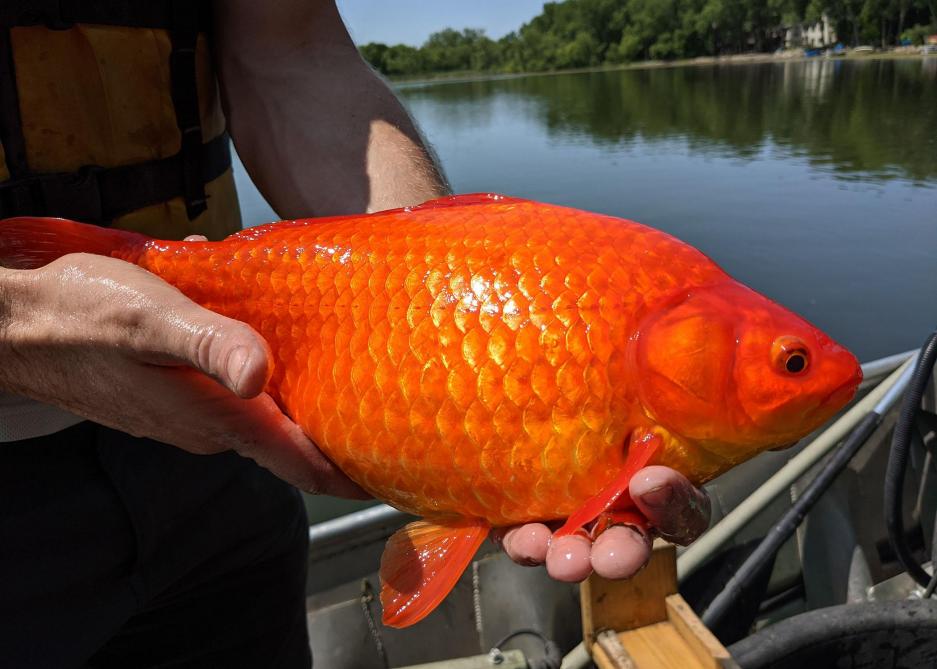 Several cities in the United States are facing a scourge they are trying to control: giant goldfish.

« Don’t release your pet goldfish into ponds and lakes! “, Asked the city of Burnsville (Minnesota) a few days ago on its social networks. The local authorities had indeed just brought out of Lake Keller an enormous goldfish, bigger than a hand. And hundreds more have been discovered in the past months.

The phenomenon is not new in the United States, but it is worrying more and more cities, which fish out thousands of domestic goldfish released in the lakes and become giants. Last November, CBS reported that authorities in Carver, also in Minnesota, removed some 50,000 giant goldfish from the water. In Chaska, Big Woods Lake contains hardly any more than that as a species.

Owners do not realize that once taken out of its aquarium and thrown into a lake or river, a goldfish grows very quickly, as it adapts to the environment in which it lives.

If these giant goldfish were harmless, the problem would be less. But the City of Burnsville has made it clear that they are harmful to natural aquatic environments: “ They contribute to poor water quality by contaminating bottom sediments and uprooting plants ».