In the main fight of the boxing evening held at the Barclays Center in Brooklyn, New York, on the night of this Saturday, May 28, the star American boxer Gervonta Davis (27-0, 25 KOs) defeated his countryman by technical knockout (TKO) in the sixth round Rolando Romero (14-1, 12 KO)taking away his undefeated record in the professional ring.

In the same poster in which the Cuban boxer Erislandy Lara (30-3-3, 18 KOs) crushed irish fighter Gary O´Sullivan (31-6, 21 KOs) In the co-main event, with a TKO in the eighth set, Gervonta successfully defended his lightweight belt (135 pounds) in the World Boxing Association.

In a very even fight from start to finish, Romero demanded the favorite Davis like never before in his sports career, who was not dominant in the first rounds of the duel, nor did he throw many blows as usual.

In fact, for many specialists, Romero dominated rounds 1 and 2, throwing much more with his jab and going forward all the time in search of the exchange, but Davis’s iron defense did not allow many liberties either.

It may interest you: TREMENDOUS CAPE: Cuban boxer Erislandy Lara had a GREAT GESTURE that cannot be ignored

However, from the third round, things began to change in the ring and Gervonta increased his rhythm of hitting Romero’s anatomy, although the latter did not stop shooting, in a very even partial and difficult to vote on the ballots. of the judges.

The fourth and fifth rounds were little more of the same, but with the balance slightly tilted towards Davis, who hit the 1-2 on several occasions and began to be much more effective in the riposte, against a Romero who kept going towards in front of.

For sure, after concluding the first five rounds, the fight was going 3-2 in favor of either of the two boxers, with a slight favoritism for Davis.

It may interest you: LAST MINUTE: Cuba announced the professional DEBUT of another Cuban boxer

But in the sixth round, after several exchanges, a brutal left punch from Gervonta’s fists went directly to Romero’s face and struck him down on the spot, immediately taking him to the canvas in very poor condition. Romero tried to recover and got to his feet, indicating to the referee that he was fine and ready to continue, but evidently that was not real and the referee decided to stop the fight, giving Davis the win.

FULMINATE: Gervonta Davis knocked out Rolando Romero in the 6th round and kept his undefeated record and his 135-pound title in the World Boxing Association https://t.co/iaKWu1ns9e 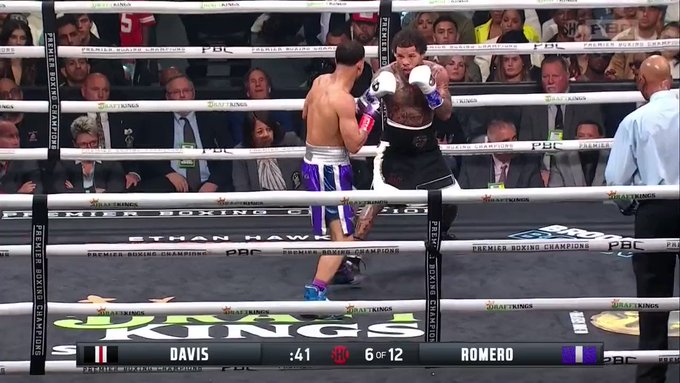 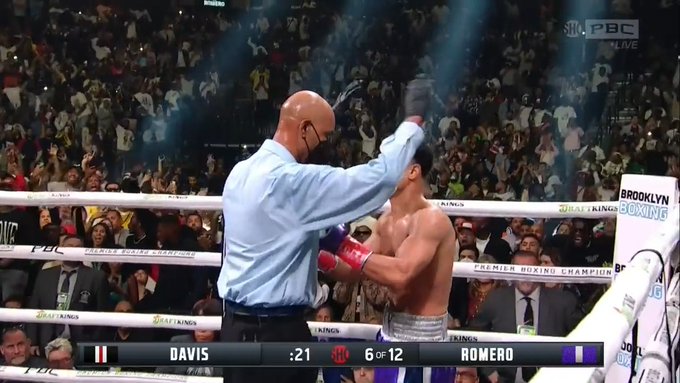 In this way, the American fighter Gervonta Davis kept his unbeaten record in the professional ring and took that condition away from his compatriot Romero, showing that he is one of the main favorites in his division in boxing for rent.