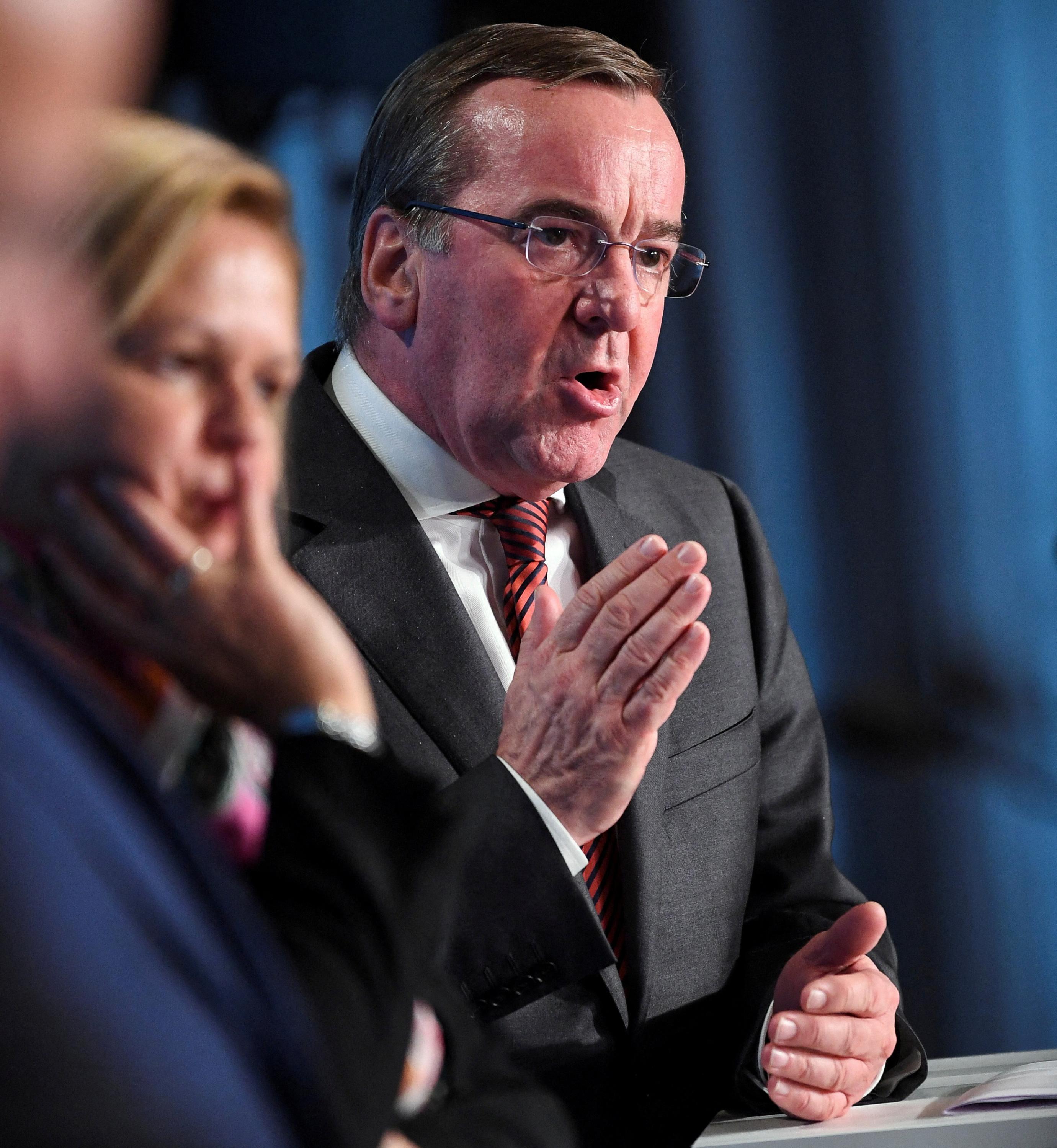 Posted 4 hours ago, Update 38 minutes ago

He replaces Christine Lambrecht, who resigned on Monday. Scholz considers him the right minister to lead “the change of era”.

Social Democrat Boris Pistorius, 62, Interior Minister of the Lower Saxony region and little known nationally, will be appointed Minister of Defense in Germany, we learned on Tuesday January 17 from government sources.

His appointment is expected during the day to replace Christine Lambrecht who resigned on Monday after a series of blunders at the head of this crucial post in the midst of the war in Ukraine and while Germany is under pressure from all sides to provide more heavy weapons to help kyiv.

“Leading the Bundeswehr through this changing era”

Chancellor Olaf Scholz confirmed on Tuesday the appointment of Social Democrat Boris Pistorius as head of the Defense Ministry, presenting him as “the right person” to drive “the change of timescaused by the war in Ukraine.

Boris Pistorius, Minister of the Interior of the Lower Saxony region, is “a highly experienced politician, who has been dealing with security policy for years (…)“said the Chancellor in a written statement. He is “thanks to his skills, his ability to assert himself and his big heart (…), exactly the right person to lead the Bundeswehr through this changing era“, he assured.

The reshuffle comes as Germany comes under pressure from several allied countries, primarily Poland, to deliver German-made Leopard tanks to help kyiv repel the Russian invasion. A crucial meeting of Western defense ministers, around the United States, will be held on Friday January 19 in Germany.

Read alsoGermany, accused of slowing the delivery of tanks to Ukraine

The return of this portfolio to a minister, after three women in this position since 2013, calls into question Olaf Scholz’s promise to maintain parity in the government he has led since December 2021.

A specialist in this field

The appointment of Boris Pistorius is a surprise because he did not belong to the circle of potential candidates cited by the press. Like his predecessor, he is a lawyer by training and comes from the chancellor’s political party. As interior minister of his region of Lower Saxony in northern Germany, he specialized in issues of cybersecurity, internal security and migration policy. He was also mayor of Osnabrück between 2006 and 2013.

Read alsoIn Lower Saxony, the green wave is shaking up the industrial and agricultural model

In recent years, Boris Pistorius, very popular in his region for his outspokenness, has made no secret of his national ambitions. An attempt to gain the presidency of the Social Democratic Party in 2019 had, however, largely failed. Then in 2021, this widower who was for a time in a relationship with Doris Schröder-Köpf, the ex-wife of former Chancellor Gerhard Schröder, also from Lower Saxony, had been considered as a potential candidate for a ministerial post during government formation between social democrats, ecologists and liberals. But he too came out empty-handed.

The task will be heavy for this regional baron at the head of a ministry which has rarely succeeded in its occupant, underlines the magazine The mirror. «The state of the troops is deplorable, and the army needs reform more than ever in the context of the Russian invasion of Ukraine“, he points.

Read alsoAfghanistan: a heartbreak for the Bundeswehr, and a collective failure for Germany

After years of lean cows imposed on the Bundeswehr in the wake of the end of the Cold War, the equipment is sorely lacking or is dilapidated. In mid-December, Berlin thus had to suspend new orders for Puma armored vehicles after a series of breakdowns affecting armored vehicles already in use by the army.

After the February 24, 2022 invasion, Olaf Scholz announced a “change of erafor German defence, providing for a special fund of 100 billion euros to modernize it. Christine Lambrecht, however, failed to inspire this change in a position where she seemed uncomfortable. Highly criticized, she threw in the towel, citing a “media focuson her person preventing her from carrying out her task.

Read alsoGermany: the ambitions of the Bundeswehr undermine the Franco-German balance

She will be remembered for her repeated blunders: she had first aroused criticism from kyiv by announcing shortly before the outbreak of the war the dispatch of 5,000 helmets, when the regime of Volodymyr Zelensky was clamoring for heavy weapons. She also used an army helicopter to go on vacation with her adult son. A clumsy video in which she presented her New Year’s wishes was the quack too many: the minister said she was grateful for “meeting interesting and wonderful people“that he had”permitto go to war in Ukraine.