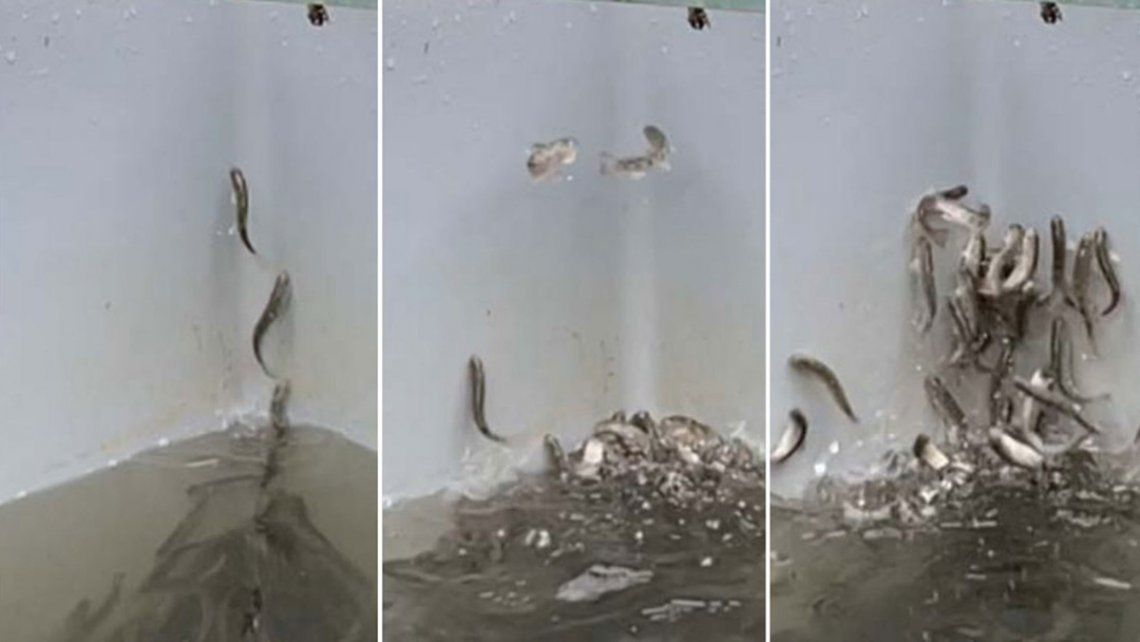 It was in June 2020 when a fisheries officer of the agency in the municipality of Kirchhundem observed an atypical behavior in the animals, raised for a species conservation project.

Salmon frantically jumping around on a fish farm in Germany may have been on cocaine, according to a report released by German environmental officials. https://t.co/owm5JJEg0j

After performing an analysis of water samples from the stream and basin, pesticides from agriculture and remains of pharmaceutical products from wastewater were found, all in small quantities. What’s more, The researchers discovered two substances that caught their attention: cocaine and benzoylecgonine, a product that is used to break down the narcotic.

“The salmon were trying to jump out of the water in panic”, said Daniel Fey, head of the Department of Fisheries Ecology and Aquaculture, quoted by Der Spiegel.

The Simpsons and great news for Latin Americans

According to the specialist, this behavior pointed to contamination of the inlet water, which the fish instinctively wanted to avoid. “The next day, the salmon returned to their typical behavior” and suffered no permanent damage, he added.

Although the experts did not detect drugs in the tank itself, this could be due to the high degree of dilution in the facility. “It has not been possible to find a clear cause for the behavior of the fish. However, a reaction to the cocaine detected in the water of the stream cannot be ruled out,” the state agency explained in a recent report.

It is still unclear who threw the narcotic into the water. The agency employees found an illegal discharge of sewage in the stream, however, the Police could not determine the origin of this.