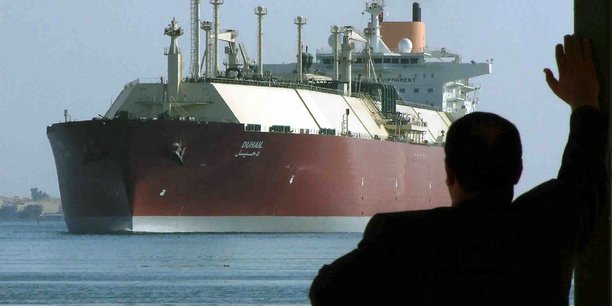 As the war dragged on, Germany, whose industry was very dependent on Russian gas, accelerated to find other sources of supply. At the beginning of March, it announced the construction of a first onshore LNG gas terminal. Problem: this type of project can last several years.

While waiting for it to emerge from the ground, the German Ministry of Finance therefore released on Friday April 15 an envelope of nearly 3 billion euros with the aim of renting three, or even four floating terminals for the import of liquefied natural gas. These huge LNG carriers will play the same role as the land terminal, by processing the liquefied gas imported by ship. Without them, Germany currently has to resort to land terminals installed in other EU countries, which limits its import capacities.

“Dependence on Russian energy imports must be reduced quickly and sustainably. Floating LNG terminals make an important contribution to this, for which we must release funds“, tweeted the Minister of Finance Christian Lindner.

Europe, and particularly Germany, is counting on LNG to reduce its dependence on Russia. In total, about twenty countries export this liquefied gas which is transported by boat and whose three largest suppliers are Australia, Qatar and the United States. Liquefied to take up less space, the LNG is regasified on arrival for distribution.

According to several German media, LNG carriers should be positioned in ports in the North Sea or the Baltic, and part of these facilities could be in service from next winter. On the other hand, the ministry does not specify whether the availability of floating terminals is guaranteed when these ships are currently in great demand by all the countries which must reduce their dependence on Russian gas. Germany has imported an average of 55% of its gas from Russia in recent years via onshore pipelines. This share was reduced to 40% at the end of the first quarter of 2022, in favor of higher imports from the Netherlands, Norway and LNG, according to the Ministry of the Economy.