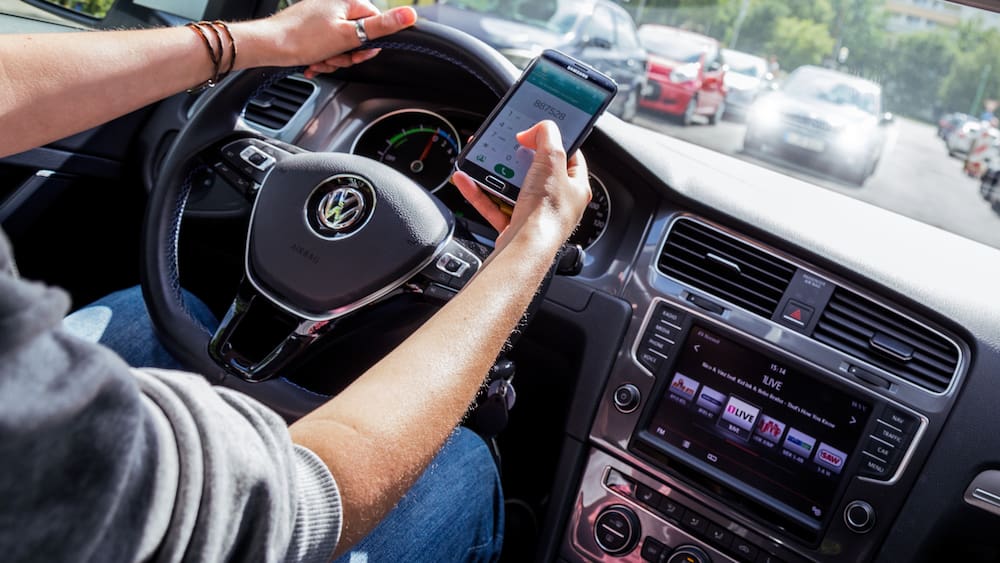 Germany is testing new speed cameras against cellphones at the wheel

Technical support for the police

Distraction is one of the most common reasons for car accidents. The smartphone usually also plays a role in this. A new speed camera should now recognize if someone is on their cell phone while driving. First tests in Germany are successful.

The mobile phone has become a constant companion. Or do you know the last time you left your apartment or house without a smartphone? Basically no problem. But if you can’t keep your hands off your digital extension in the car, you’re not only endangering yourself, but also others.

Distraction and inattentiveness are the most common causes of accidents on Swiss roads. This also includes entering navigation destinations, changing the music or simply enjoying the beautiful view. But the smartphone remains the main reason for distraction at the wheel. In addition to making phone calls, reading and writing messages is particularly dangerous.

If you take your eyes off the road for five seconds at a speed of 50, you drive almost 70 meters in this time without noticing anything about the traffic around you. The next pedestrian crossing or the next intersection is usually closer. You can hardly unlock your cell phone, open Whatsapp and read the latest message within five seconds – that usually takes longer! Which extends the blind flight.

The penalties are correspondingly severe if the police catch a driver using their smartphone. But that’s not easy. The officials have to look into the car at the right time to convict a mobile phone offender. Mostly during controls, where officials observe the traffic and pull offending drivers directly from the traffic and fine or show them to the police. Belt offenses, among other things, are also punished during such checks. After an accident, the police can also check the connection data of those involved to determine the cause of the accident.

But in the future it could be easier to catch cell phone offenders. A new speed camera technology detects whether a driver is using his smartphone. The so-called monocam is placed on a bridge and from there monitors the traffic in real time.

Artificial intelligence pays attention to objects in the hand and a corresponding posture of the person behind the wheel. As soon as the monocam detects a smartphone offender, it automatically takes a photo. Trained police officers then have to evaluate the images.

Police departments in the German state of Rhineland-Palatinate are currently testing the monocam. Only if the officers recognize a clear violation are the camera recordings saved and the offense punished. According to the magazine “Autobild”, they have already uncovered three violations this month.

Starting next year, the monocam will be used across the board in Rhineland-Palatinate. According to the police, ten devices are required for this. With the monocam, they have for the first time an automated way of recording cell phone offenders, whose image material also stands up in court. A similar system has been in use in Australia for three years.

In our country, it will probably take even longer for cameras to track down cell phone offenders. Currently, no police seems to be examining the purchase of such systems. Apart from that, “it would first have to be clarified whether the legal basis for such systems exists at all,” admits the spokesman for the cantonal conference of police commanders, Adrian Gaugler.

That means: For the time being, mobile phone offenders on Swiss roads will only be caught red-handed during personnel-intensive checks.

More about distraction at the wheel