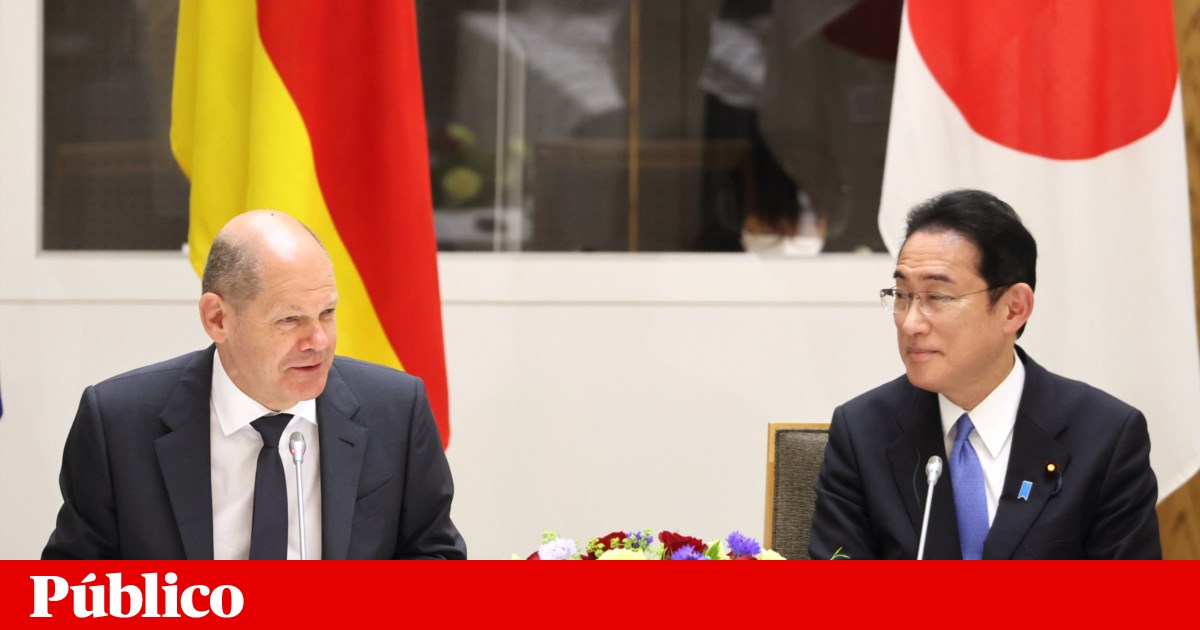 The German parliament approved this Thursday, by a large majority, a motion calling for the sending of heavy weapons to Ukraine – a motion in which sanctions are also foreseen for China if Beijing decides to help Russia during the invasion of Ukraine.

The motion had a vote in favor of 586 deputies, 100 votes against and seven abstentions – a remarkable degree of consensus, which took place after the Government, formed by the Social Democratic Party (SPD), the Greens and the Liberal Democratic Party (FDP) had reached agreement with the main opposition party, the Christian Democratic Union (CDU/CSU), for a motion. The government was refusing to send heavy weapons and the CDU/CSU was threatening to put to a vote a motion to put pressure on the chancellor, Olaf Scholz.

Germany had previously announced the deployment of Gepard tanks (Cheetah, in the English version, with anti-aircraft artillery systems), but Scholz classified them as “defensive” weaponry (several military experts commented that this discussion is not very relevant, given that that whether the weapon is defensive or offensive depends more on the context than the type of weapon).

The resolution asks the government to “where possible, accelerate” the delivery of weapons, “as well as heavy weapons and complex systems” to Ukraine. Germany was ready to support Ukraine by sending small arms, but polls indicate that a majority supports sending heavy weapons to Kiev.

The motion goes beyond the weapons issue: it says that a peace agreement with Russia cannot be decided “over the Ukrainians”.

He also threatens China with consequences if Beijing breaks the embargo on Russia or delivers weapons to Moscow, calling on China to “abandon its support for the Russian war”.

See also  ″I was blessed, says the man who has the biggest nose in the world

On the same day that Parliament approved this motion, the chancellor, Olaf Scholz, landed in Tokyo for his first trip to Asia: to Japan and not to China. Thorsten Benner,​ an analyst at the think tank Global Public Policy Institute (GGPi), in Berlin, commented on Twitter that the chancellor and two close advisers to Scholz underlined the importance of this trip as a clear signal to Beijing that something had changed.

It was a contrast to the previous chancellor, Angela Merkel, who made good relations with Beijing a priority: Merkel made her first visit in the region to China, where she was twice as often as in Japan, notes Reuters. Many German companies have benefited from the country’s economic growth.

Also the wording of the resolution passed in Parliament in relation to China has “a remarkable language that China has unleashed with its position in recent months”, wrote Thorsten Benner. China has had a policy of relative ambiguity, read as support, towards Russia in Ukraine.

The Russian invasion of Ukraine shattered many of the convictions on which Germany’s foreign policy was based, and left Berlin grappling with a problem, its dependence on Russian energy.

This has effects on its relationship with China – security concerns are now far greater than a focus on trade policy and economic gains.

At the joint press conference with Japanese Prime Minister Fumio Kishida, both underlined the rejection of border changes by force – in Ukraine by the Russian offensive, in the present, but also potential future attempts at actions in Asia.

“Changes in the status quo by force is something that has to be avoided not only in Europe but also in the Indo-Pacific, especially in East Asia,” said Kishida.

Scholz, for his part, also said that protectionism was not “an option”, especially “for open, free trade countries like Germany and Japan”. The answer, he continued, is “a different globalization, a smarter globalization.”