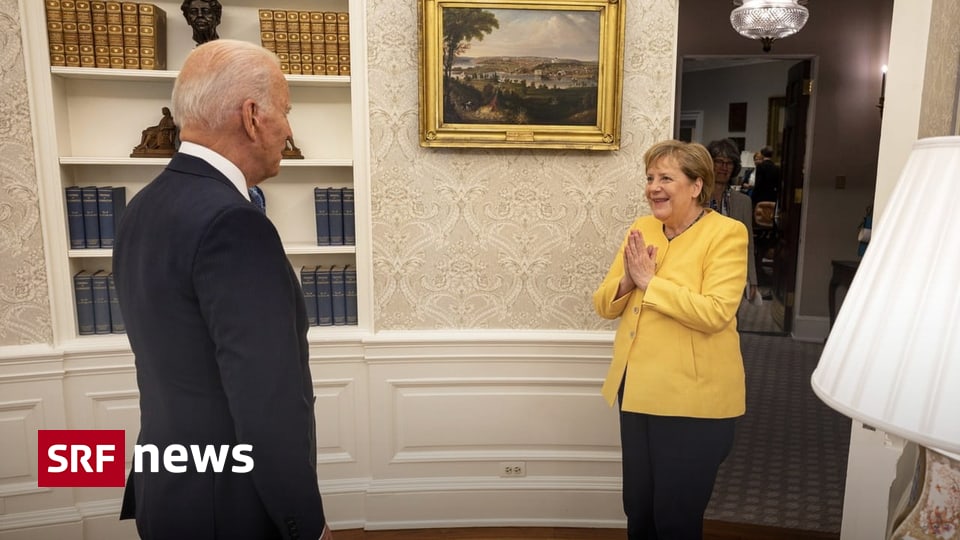 Chancellor Angela Merkel met US President Joe Biden in Washington on her last trip abroad. Germany and the USA were strategically friendly – until Donald Trump took office. The US policy expert Claudia Brühwiler explains how Merkel’s visit should be assessed.

Political scientist Claudia Brühwiler is a lecturer in American Studies at the University of St. Gallen.

SRF News: Has the friendly relations between the two countries been restarted?

Claudia Brühwiler: I wouldn’t actually speak of a new start. You pick up where you left off in 2016. Relations between Angela Merkel and Donald Trump’s predecessors were excellent.

At the press conference, Angela Merkel also addressed the floods in Germany. This also brings climate change back into focus. Is there anything new about that?

Not really. It has to be clear to us that we only learn from the conversation between Biden and Merkel what they want to tell us about it. We only know what they said in their joint statement to the media. There was less talk of climate change than of human catastrophe. Joe Biden also expressed his deep regrets and sympathy here.

The two also talked about a strategy towards China. Was there something like a joint German-American strategy to be heard?

A common strategy would be an exaggeration. There is a red thread running through the press conference and generally through the relations between the two countries: an «agree-to-disagree», the willingness to continue to work together, even if one does not want to pursue the same strategy in certain areas. Everyone agrees that trade with China has to be fair. But when it comes to assessing the consequences if it goes unfair, you differ again.

Merkel has achieved what Germany wants. Biden has suspended the sanctions.

The fact that there is agreement and disagreement also applies to Nord Stream 2, the Baltic Sea pipeline that is supposed to pump Russian gas to Germany bypassing Ukraine. The US rejects the project because they fear that Europe will be heavily dependent on Russia. Was Merkel able to allay Biden’s concerns a little?

I do not think so. But she achieved what Germany wants. Joe Biden has suspended the sanctions and almost resignedly stated that the pipeline was 90 percent complete when he took office. Here he had to express his confidence that Germany would prevail should Russia abuse the pipeline to put Ukraine under pressure.

In the end there was a lot of praise for the German Chancellor from the new US President Joe Biden. Why?

Merkel is very much appreciated in the USA. She is the first woman and East German to head Germany. She is also a person who always tries to find pragmatic solutions. In the USA, the end of her term in office is seen as the end of predictability in relations with Germany. The handling of Nordstream 2 is an example of this. The American government does not know who will be met at the G20 summit in Rome in October.

What remains of yesterday’s meeting in terms of German-American relations?

I think it is a good starting position for Merkel’s successor to be able to build on a very productive, well-meaning cooperation. But in politics sometimes symbols are more important than actual actions.