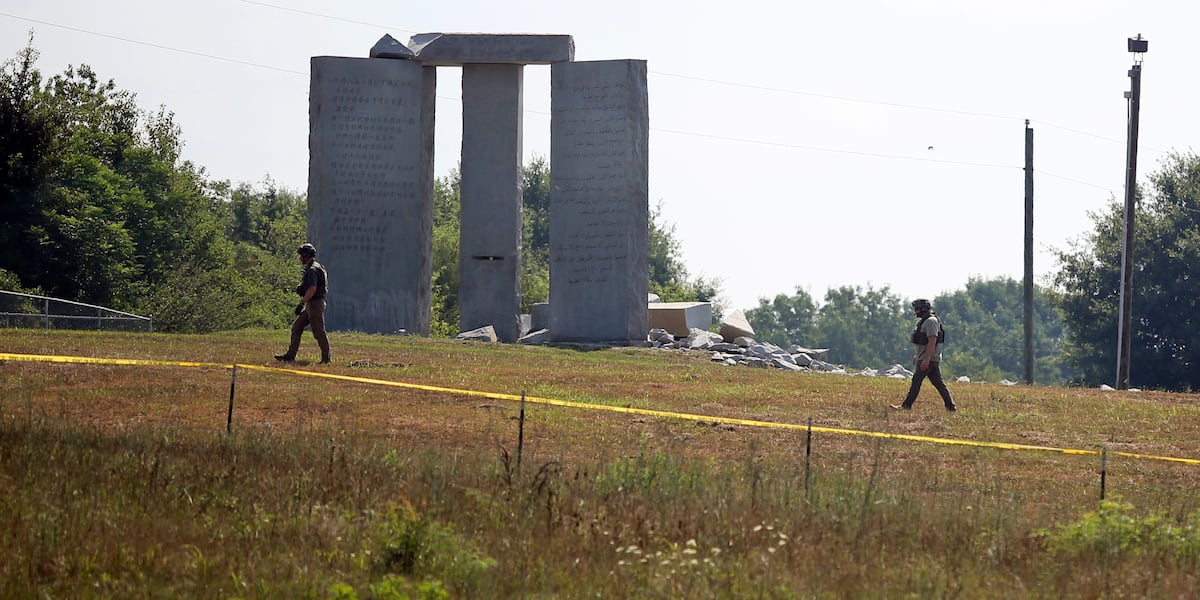 The Georgia Guidestones consisted of granite steles, a central column and a roof slab. Because of the similarity to the Stone Age cult site in England, the monument was also referred to as “American Stonehenge”.

Ten commandments were engraved on the steles in English, Spanish, Swahili, Hindi, Hebrew, Arabic, Chinese and Russian. Among other things, it read: “Keep humanity under 500 million in perpetual balance with nature” and “Don’t be a cancer for this earth, leave room for nature.”

Writings that gave rise to a number of speculations. Since its construction in 1980, obscure conspiracy theories have been circulating. It’s a call from the Illuminati for a new world order, Satan has a hand in it, or it’s being controlled by racist groups. Of course, none of these theses could be proven.

But what was really behind it? According to the Elbert County Chamber of Commerce, an unknown man commissioned the monument in 1979 from a local granite company. At the time, he posed as representing a “small group of loyal Americans who believe in God.” Aim of the Patriots: Leave a message for future generations.

But there is nothing left of that now. The mysterious stone monument was blown up on Wednesday. For security reasons, the remains of the steles near the county seat of Elberton were then completely demolished, the Georgia Criminal Investigation Department said on Wednesday evening (local time). According to the police, a surveillance video shows strangers detonating an explosive device and then fleeing.

However, the exact background is still unclear and so it ends as it began: with wild fantasies. There is talk of a lightning strike, earthquake or destruction by Jesus Christ. With this, the Georgia Guidestones remain mysterious even after their destruction.