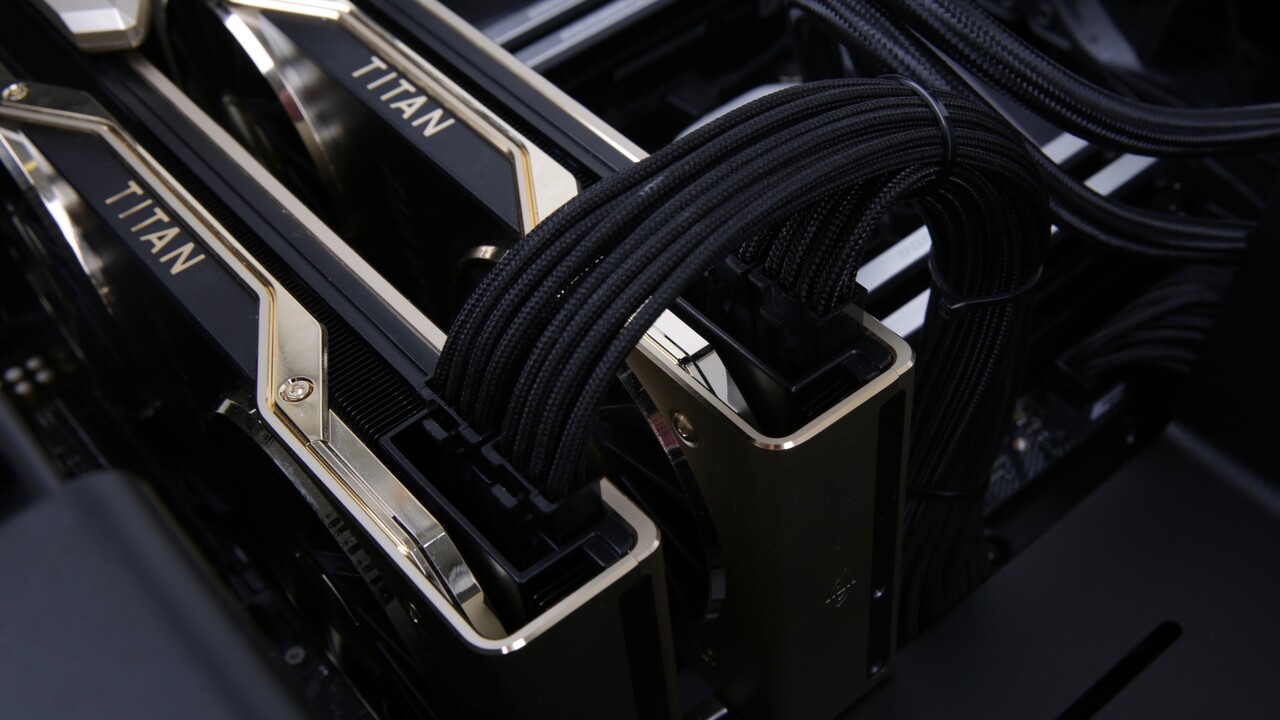 Rumors already speak of Nvidia’s AD102 GPU alone up to 450 watts, now a new Titan with 48 GB GDDR6X and up to 900 watts is buzzing through the rumor mill. At the end of February there was already speculation about a TDP of up to 850 watts for the GeForce RTX 4090. Values ​​that the new Titan could achieve.

The rumor mill was mostly unanimous and certifies that Nvidia’s upcoming Ada generation has a TDP of 450 to 600 watts at the upper performance end, depending on the model.

The titan of the rumor mill

The usually well-informed Twitter user @ kopite7kimi would now like to have heard from my own sources about a test board that could be intended for a possible new Titan RTX. This should even be able to absorb up to 900 watts, but it is still unclear whether the model will appear like this – the test board is said to have three 16-pin power connectors, which could even provide 1,800 watts according to specifications and is therefore very likely far from the series.

A new Titan, the editors last tested the Nvidia Titan RTX of the Turing generation in March 2019, would also explain the new PCIe 5.0 connector (“12VHPWR”) and its 600 watts by itself.

In fact, there is another full-fat AD102 SKU with 900W TGP, 48G 24Gbps GDDR6X, 2*16pin and higher frequency.
But no one knows whether it will become an actual product. Because the test board of AD102 has more than two 16pin connectors, so everything is possible.

Compared to the GeForce RTX series aka Ampere, the new graphics cards are also said to have a massively enlarged L2 cache – similar to AMD’s Infinity Cache.

Showdown towards the end of the year

Nvidia’s GeForce RTX 4000 series should compete against Navi 31, 32 and 33 and RDNA 3 in multi-chip module design on the Radeon RX 7000 series for a big GPU showdown by the end of the year at the latest.

The new PCIe 5.0 connector with up to 600 watts and the new power supplies, some with well over 1,000 watts of power, are also a clear indication of where the next GPU generation should go.

Still to be enjoyed with caution

Even if the highest possible numbers are “worked” again and these are still rumors that should be treated with great caution, the GeForce RTX 4000 series aka Ada should have a significantly higher power consumption than Ampere.