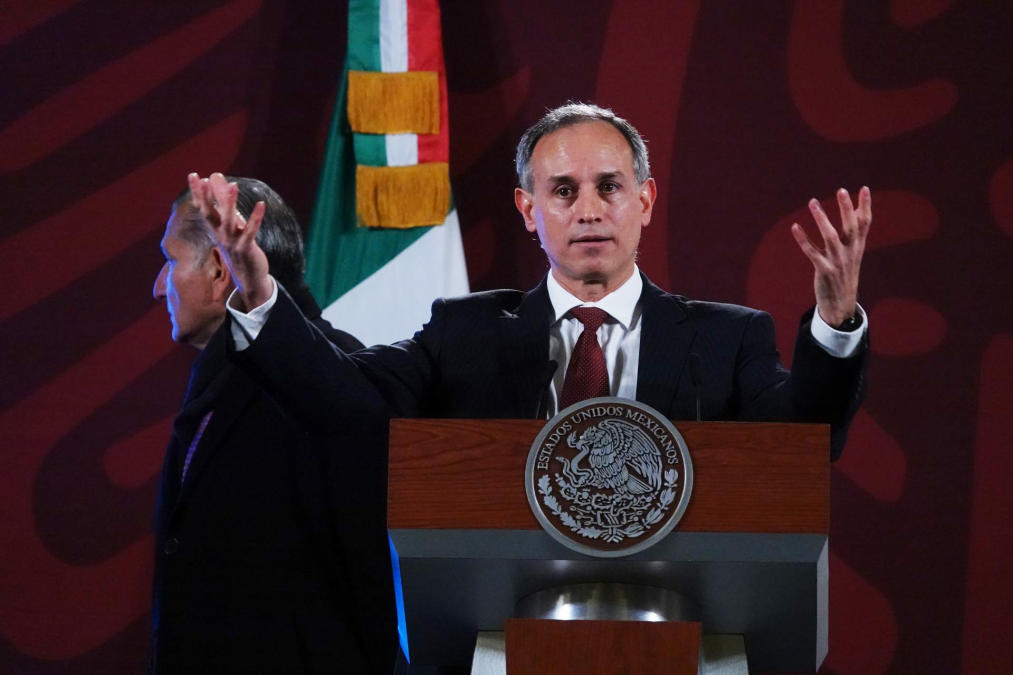 Gatell calls “no running” to get Covid tests

MEXICO CITY, January 11 (EL UNIVERSAL) .- The Undersecretary of Prevention and Health Promotion, Hugo López-Gatell Ramírez, called on Mexicans to remain calm in the face of the increase in infections of Covid-19In addition, he asked not to overcrowd the sites where diagnostic tests are performed because, he said, there is a worldwide shortage.

“At this moment in Mexico it happens that people want to have a Covid test, this can be a problem because the production capacity is limited. If all the people with symptoms go and form, they will be distressed, they will be in a line and they will subtract the opportunity that someone has or does not have a test.

“The shortage of tests is worldwide, some governments like the United States, we call for clarity, if you have symptoms such as cough, sore throat, hoarseness, fever, you have to think that you have a respiratory infection, but get tested It is not going to modify the decision to isolate us, “said the Undersecretary of Health in the morning conference this Tuesday at the National Palace.

López-Gatell asked those who present symptoms of respiratory infection to stay home, isolate themselves and monitor their health, especially the issue of oxygenation.

“Instead of running to the kiosk, you have to stay at home, but you have to monitor your health, be vigilant, monitor oxygenation, if low it could be a condition of greater risk. You have to carefully select the care of those who need it in a way essential, “he said.

The Undersecretary of Health stressed that all the variants are Sars-CoV-2 and the precautionary measures are the same: frequent hand washing, correct use of the mask, label sneeze to avoid spreading, getting vaccinated, avoiding crowds and maintaining a healthy distance .

“We must calm down, do not panic. Seeing many infections can cause us anguish, but we should not panic. The booster vaccination we need to put quickly in candidates, we open the pre-registration to 40 years and over, let’s ignore to rumors, “he said.

Using President Andrés Manuel López Obrador as an example of what is happening with Covid-19 at the national level, López-Gatell stressed that although coronavirus infections are increasing, hospitalizations and deaths remain stable.

“We all join in the good wishes that the president is relieved soon. When speaking with him at night, I noticed the medical bias that what he had was an upper respiratory tract process. The omicron variant that becomes predominant in Mexico , as in other parts of the world, an important characteristic is that the rapid occurrence of many cases has been separated, with a slow occurrence of hospitalizations, “he said.

The Undersecretary of Health stressed that omicron affects the larynx, pharynx, trachea, the segment of the bronchi, and to a lesser extent damage to the lungs, reiterated that the clinical picture of omicron is more similar to a common cold, fortunately with less probability of affection to the lungs.

“There are different covid patterns in people vaccinated with a primary scheme, and with a booster there is less probability of lung damage and the disease is shorter and recovery occurs in a few days. The unfortunate contagion of the president shows what happens with omicron,” he emphasized .

He added that the increase in new cases of Covid-19 has presented a drastic change, with a sudden upward trend in cases with a very accelerated multiplication, but of these cases, the proportion of hospitalizations is much lower than before the population was vaccinated. and what happened with variants such as delta.

“Hospitalizations in the first and second waves are larger than in the third wave, it is the difference for being vaccinated, the number of cases was greater, but in hospitalized no longer, because there was the positive effect of vaccination. The current state of covid hospitalization, we see that there are a fifth or less of occupied covid units even when we see an increase in cases, “he said.

López-Gatell explained that deaths also report a decrease compared to the first and especially the second wave, although he did not rule out that in the coming weeks there will be an increase in these.

“Deaths have not increased yet knowing that there is a lag of approximately 14 days, possibly they will rise, but very little compared to the absence of vaccination and other variants, we think that in Mexico we will see the same pattern as in other countries and well, we wish the speedy recovery to the president, “he said.

Driver drags thief who tried to assault him for several meters