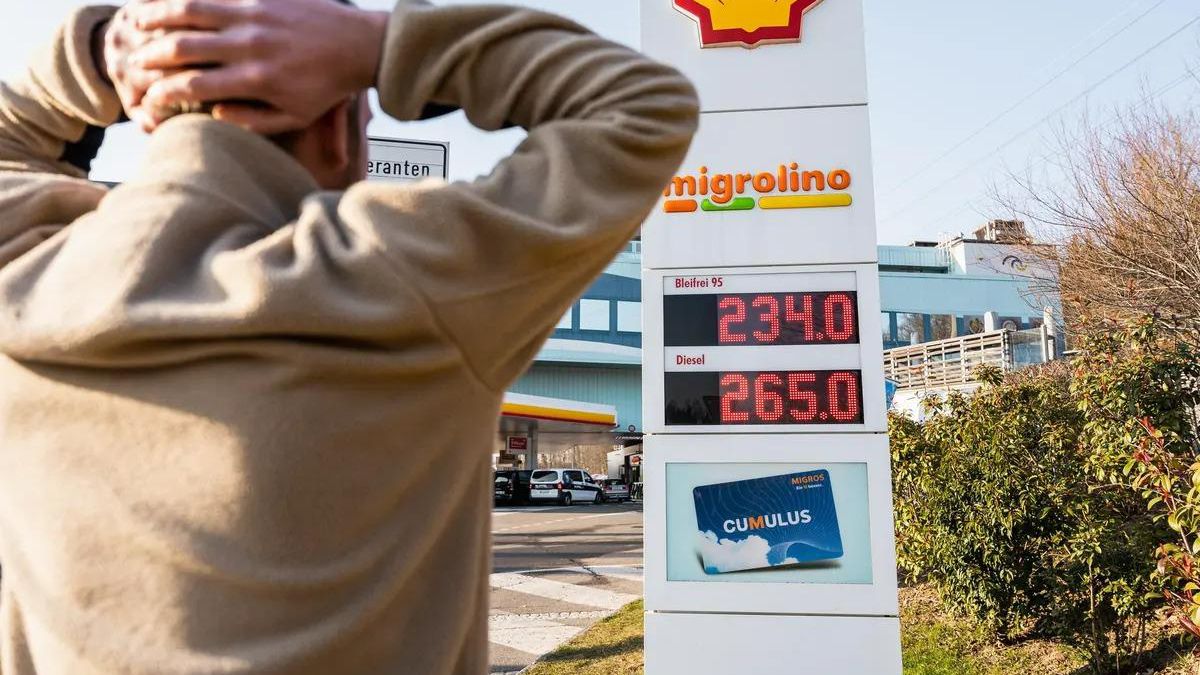 Diesel and unleaded 95 still cost well over two francs, although crude oil prices are falling again. How is that possible? And who benefits? 20 minutes asked.

How can the difference be explained? And who makes the checkout? 20 minutes asked around in the market.

The price monitor is also wondering who is making the big bucks now. He is therefore analyzing the margins and has initiated a preliminary investigation. It is still unclear when this will be completed, says Beat Niederhauser, Stefan Meierhans’ deputy, when asked: “Certainly not before the summer holidays.”

Norbert Rücker from Julius Baer doubts that the preliminary investigation will bear fruit: The reason for the high prices is not agreements, but simply the current market situation. “It is mainly refineries and oil producers such as Russia, the USA, Norway and the Middle East who are cashing in,” says the commodity expert.

Competition works at gas stations, says Oel-Pool on the intervention of the price monitor. The company operates around 700 gas stations in Switzerland, mainly from BP and Rudi Rüssel. “Whoever is responsible is welcome to take a look and will find that we are just as unhappy with the high prices as our customers are.”

“The prices are not only dependent on the price of crude oil,” says Oel-Pool. The refinery margins (see box), the exchange rate, the Rhine freight and the location are also important. You buy finished products from refineries whose margins have multiplied because production has fallen, also because of Corona.

The price of crude oil is now down again because the fear of supply bottlenecks has subsided and worries about a recession are increasing. The markets are still unsettled, but oil is readily available in the short term, which the sanctions against Russia will hardly change.

But why are the prices at the gas station hardly falling? Crude oil prices have only fallen sharply in the last two weeks, says Rücker. At around $110 they are still high. It’s normal that you don’t feel it immediately at the gas stations. He recommends that consumers use apps to compare petrol prices. In this way, they could save money – and at the same time stimulate competition.

The gas stations don’t make big money, according to Oel-Pool. On the contrary: “It’s better for us if the price of diesel and petrol is lower.” Because the margins for gas stations have fallen compared to the previous year. Crude oil producers, refineries and the state, on the other hand, benefited from the high prices.