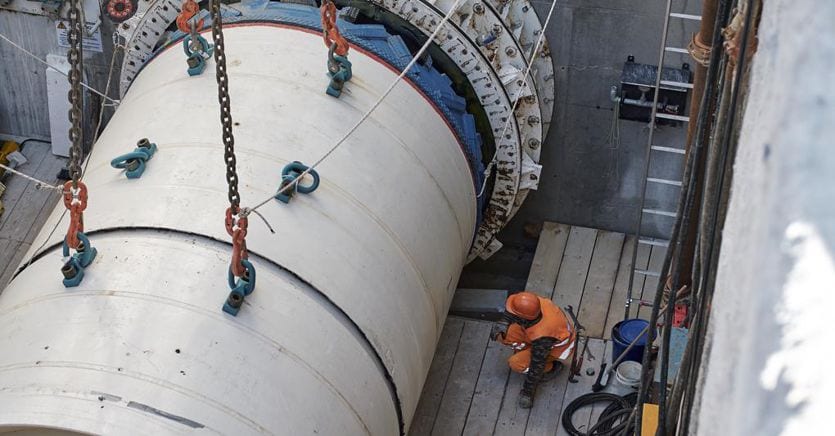 Gas, the Tap slows down prices by 10%

A year after the “turn of the handle”, TAP has not only transported almost 7.5 billion Azerbaijani gas, which could potentially reach 20, but has also ensured supplies in a very delicate phase for the country and reduced the cost of raw material about 10%. In two words, certainly gas, therefore no energy emergency, and at lower wholesale prices. Luca Schieppati, managing director of Tap – the “pipe” through which Azerbaijani gas flows which, extracted from the Caspian Sea, crosses Bulgaria, Greece and Albania, before landing on the Salento coast of San Foca in Melendugno – takes stock of the first year of operation.

It is not just a numerical balance sheet, those 7.5 billion cubic meters of gas transported in Italy since last December 31st, the day of the start. One year after the “turn of the handle”, the gas which, thanks to the Snam connection then enters the network of large national pipelines from the Mesagne junction – “has arrived at an extremely critical moment for Italy and for the Europe. That is, Tap has not only represented an essential import for our security of supplies, but is also a barrier to the cost of energy ». The entry into operation in this year made it possible to “substantially cancel and, sometimes, even reverse the historical differential of about 10% that Italy paid on the wholesale price of natural gas compared to the other central nations and of northern Europe “. A record differential in favor of the Italian natural gas exchange hub (PSV) of about 12 euros / mwh compared to the Dutch hub Ttf was recorded in the weekend between 9 and 10 October. Without Tap, Schieppati declares, the country would have to resort to stocks “in a much more consistent way, anticipating the supply campaign compared to the first quarter of next year”. Therefore, the pipeline has protected the South and the country from supply shortages by ensuring, pro rata, constant supplies in the most critical phase of the economic recovery. And it has caused the prices of the wholesale gas exchange in Italy to align.

In this context, TAP’s commitment is destined to grow, up to bringing the pipeline to 20 billion cubic meters. of gas transported in the next few years. If in the first year of operation more gas than expected has already entered the “pipe”, Tap is now aiming at the maximum capacity available to transport, 10 billion cubic meters, with a projection of up to 20 billion in the next few years, an objective in in line with the assurances of the Azerbaijani government for an acceleration of supplies. The gas transportation contracts signed up to now have been stipulated for 10 billion cubic meters, for 25 years, by seven operators, primary shippers (Enel, Hera Trading, Axpo, Shell, Angie, Uniper and Naturgy), wholesalers who already in the past have contributed to making the Italian market more competitive, ensuring liquidity for the Italian gas hub. In parallel with the full operation of the pipeline, and again in terms of the budget for this first year, the areas crossed by the infrastructure have been restored in recent months with the replanting of trees. Including, in good health and georeferenced, those of the original 828 olive trees, including some monumental ones, which during the works had been explanted and kept and cared for in the canopies at Masseria del Capitano, where the gas reception plant is located. For another 928 olive trees affected by xylella, however, destruction and replacement with new young plants. On the other hand, there is nothing new for the voluntary investments that Tap and Snam have declared, and in part carried out, for the areas concerned through the pipeline. «We confirm ours. commitment – says Schieppati. Where we find fertile ground and the ability to work together, we do it. Where we will find initiatives of founding value for us too, as done in Greece and Albania, we are doing it and will continue to do so ». Among the initial hypotheses there is also a hydrogen research center in Brindisi. “We are working quickly on hydrogen because we too will be able to transport hydrogen in mixture, something that all the operators are evaluating and we are evaluating to undertake initiatives on our entire journey from Greece to Italy with partners and operators who produce hydrogen”.

Meanwhile, as regards the expensive bills, Nomisma Energia intervened yesterday on the need to make investments and, with the president Davide Tabarelli, asked for resources to be committed «in the production of gas not only nationally. Without further government interventions to contain the irrational increase in gas, in 2022, an Italian family risks spending 700 to 1,200 euros more on their bills over the year, even taking into account an expected increase in electricity of 45% ” .