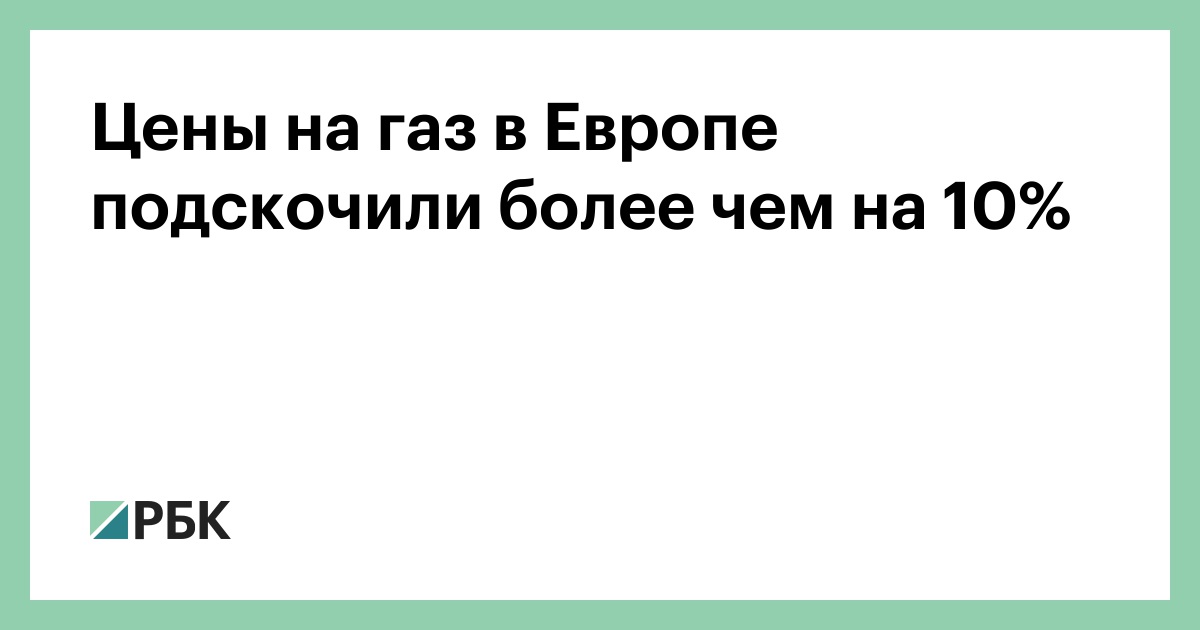 Gas prices in Europe jumped by more than 10% – RBC

The exchange price of gas in Europe exceeded $1.1 thousand per thousand cubic meters

The price of January futures for gas according to the index of the most liquid European hub TTF in the Netherlands reached €95 per MWh, which is more than $1,143 per 1,000 cubic meters. m at the current rate, follows from the data of the ICE exchange.

Analysts attributed the rise in gas prices last year to several factors, including the low level of occupancy of European underground storage facilities, high demand for liquefied natural gas (LNG) in Asia, uncertainty about the Nord Stream 2 gas pipeline, and the weather factor – the onset of abnormal cold weather.