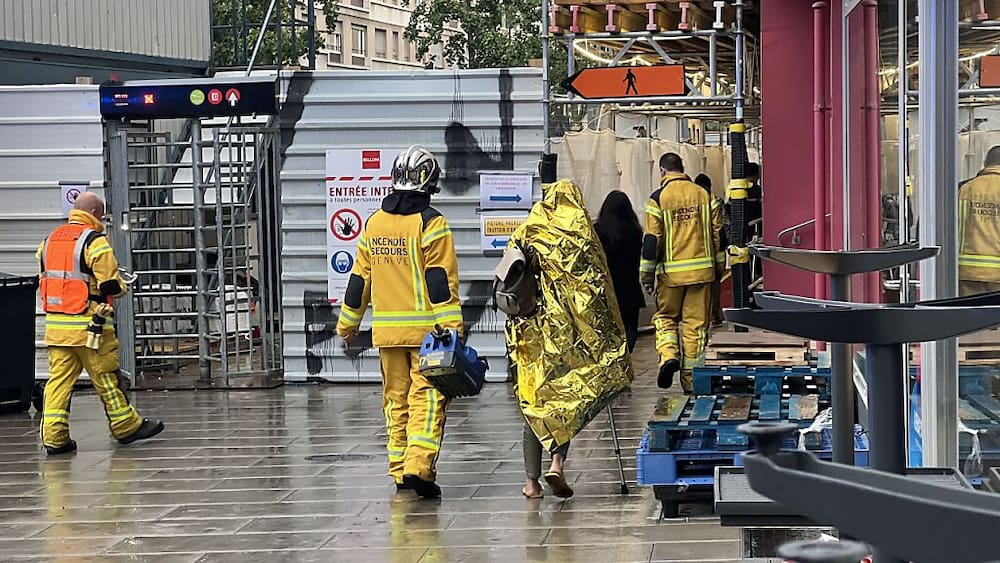 Garbage fire in Geneva – 20 people with symptoms of poisoning

Garbage fire in Geneva – 20 people with symptoms of poisoning

On the night of Sunday in Carouge GE waste burned. Symptoms of poisoning were then found in 20 people.

A garbage fire in the entrance of a residential building in Carouge GE developed heavy smoke on Sunday night. The rescue workers examined 51 people, 20 of whom had symptoms of smoke inhalation. Two people were taken to the university hospital.

The health of the two injured is not yet known, said a spokesman for the Geneva Fire and Rescue Service (SIS), a correspondent for the Keystone-SDA news agency on site.

25 people had brought themselves to safety on the scaffolding that currently surrounds the building. However, they were blocked on the porch on the other side of the house. The firefighters helped them down using a ladder, the SIS spokesman said.

The fire and rescue service was alerted at 3:57 a.m. and was on site three minutes later. 40 firefighters were deployed with ten vehicles. In addition, five ambulances and a vehicle from the mobile emergency service were on site.

The fire was quickly extinguished, but smoke filled the doorway where the fire started. All apartments at the two entrances to the building were evacuated. The smoke had spread from the ground floor to the eighth and last floor. The smoke was so thick that thermal imaging cameras could not be used, the SIS spokesman explained.

See also  Taliban: 'hundreds' of fighters on their way to Panjshir valley • US deploys commercial airlines in evacuation - Volkskrant

The residents of the house at the main entrance affected could not return to their apartments immediately and would have to be temporarily accommodated elsewhere, said the SIS spokesman. An investigation into the fire has been opened. (SDA)