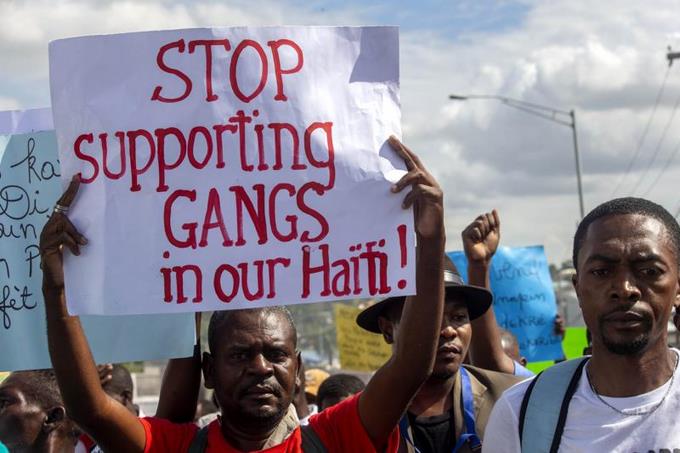 Escalating gang violence has forced nearly 8,500 women and children to flee their homes in the Haitian capital in the past two weeks, according to a UNICEF report.

Authorities say gang struggles for control of their territories in Port-au-Prince have forced hundreds of families to abandon burned or looted homes in slums. Many remain in gyms and other temporary shelters where water, food, and other items such as blankets and clothing are scarce.

Bruno Maes, a Haitian representative for the UN children’s agency, compared the situation to a guerrilla war in which “thousands of women and children are caught in the crossfire.”

Nearly 14,000 people in Port-au-Prince have been displaced by violence in the past nine months, according to the UN office that oversees humanitarian coordination. Families with infants sleep on concrete floors in a gym in the Carrefour neighborhood, with one sheet for the only bed and surrounded by bags with their belongings.

Many foresee an increase in violence as the general elections scheduled for September and November approach. They say that gangs support certain candidates and attack neighborhoods that organize protests against President Jovenel Moïse.

Pierre Espérance, executive director of the Network for the Defense of Human Rights, said that gangs control about 60% of the national territory that since 2018 12 massacres have been reported in poor neighborhoods. He said he is particularly concerned about the recent increase in violence.

“It is the worst we have seen,” he said. “The gangs have so much power, and they are tolerated … The situation deteriorates with each day that Jovenel spends in government.”

Espérance does not foresee an immediate solution: “It will not be possible to hold elections in Haiti in 2021,” he said.

Moïse’s spokesperson could not be immediately reached for comment.