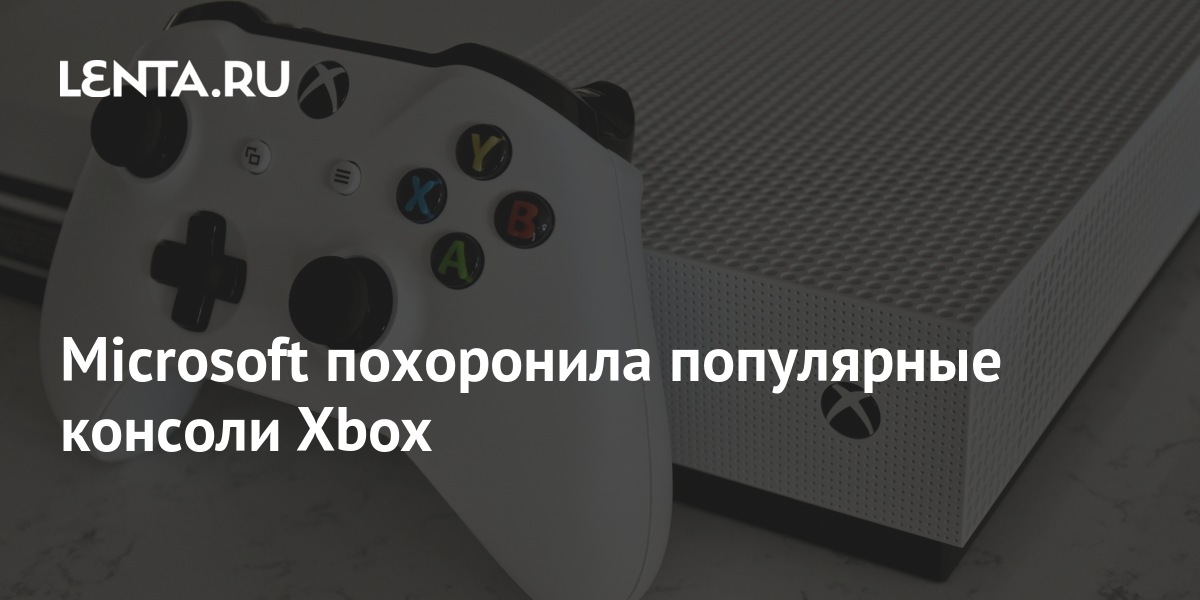 Microsoft has stopped the release of all models of the Xbox One console. This is reported by The Verge.

Corporation representatives confirmed to the media that in 2022 the company will focus on the production of next-generation consoles – Xbox Series X and Series S. Thus, Microsoft buried the family of consoles, the first versions of which appeared in 2013.

The company admitted that the release of popular devices was stopped a year ago. “In order to focus on production of the Xbox Series X/S, we have ceased production of all Xbox One consoles by the end of 2020,” said Cindy Walker, senior director of marketing for Xbox.

Earlier, the head of the Xbox division Phil Spencer (Phil Spencer) said that Microsoft releases more Series X models than Series S. However, according to journalists, the budget version of the new generation console is more often bought.

The original Xbox One came out in 2013. Three years later, the company introduced its new version of the Xbox One S. In 2017, the Xbox One X appeared on the market. The latest console became a competitor to the Sony PlayStation 4 Pro.

In mid-January, Bloomberg sources said that Sony was not going to withdraw its last generation console from circulation. The company intends to produce about a million units of PlayStation 4 in 2022. This may help partially solve the problem of the shortage of consoles in the market.