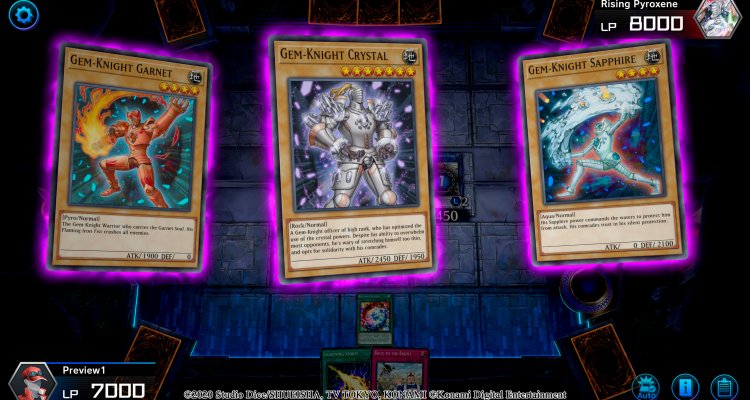 gameplay video dedicated to the creation of the decks – Nerd4.life

Konami has released a new video gameplay from Yu-Gi-Oh! Master Duel dedicated to deck creation in this new videogame incarnation of the famous card game.

Via the mode deck building each player can assemble and save up to 20 different decks. There are also various customization options, such as binders, sleeves with decorated backs and the ability to choose three cards to display when you move the cursor over the deck, a useful option that allows you to quickly identify a deck if you have more than one. same kind.

As for the construction of the deck itself, as we can see in the video, it is very intuitive and you can quickly set up some filters to easily find the card we need among the more than 10,000 in the game.

There is also the section Public Decks, where you can view the decks used by other players, even the strongest top players in the world, to get inspiration. The video also shows an option to create the missing cards in your collection using Craft Points, a resource that can be obtained through duels, missions or by dismantling the cards you don’t need.

Yu-Gi-Oh! Master Duel will be available for PS5, PS4, Xbox Series X | S, Xbox One, Nintendo Switch, PC (Steam), iOS and Android, with release scheduled for this winter. The game supports 4K resolution, even on compatible mobile devices, crossplay and cross-save. If you haven’t already, we recommend that you read our preview of Yu-Gi-Oh! Master Duel.