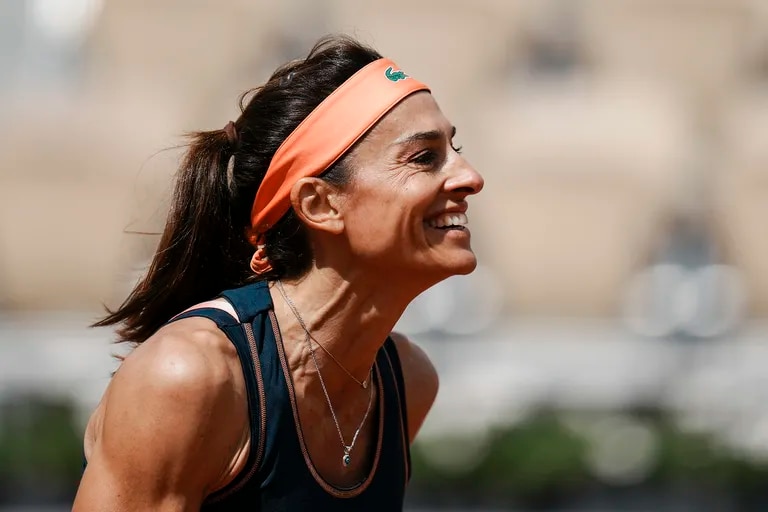 Gaby Sabatini’s return to Roland Garros after 27 years: how she dazzled with her smile and the best points of a special day

Almost 27 years have passed, but some things remain valid. Gabriela Sabatinithe best Argentine tennis player in history, keep dazzling for his sporting prowess and his human warmth. Retired from professional tennis in 1996, Gaby accepted the invitation of the french open and returned to play on the Parisian brick dust for the first time since June 6, 1995, when she lost 6-1 and 6-0 to the German Steffi Graf, for the quarterfinals. Now, she is in a relationship with the tigress Gisela Dulkostood out at the opening of the “legends” contest.

“There were logical nerves before going out on the court, but it helped us a lot that we got along very well with Gise and so much laughing outside loosened us up. We were able to have fun and it was a huge emotion to get in to play”, said Sabatini, 52, winner of the 1990 US Open, after the 6-3, 6-3 victory, in 54 minutes, against the Americans Lindsay Davenport and Mary Joe Fernández. .

Indeed, the enjoyment of Sabatini and Dulko was noted. Gaby, a five-time semifinalist at Roland Garros (1985, 1987, 1988, 1991 and 1992), stood out, especially in the net game. It was more difficult for the former number 3 in the world in the exchanges from the back of the court, and as she had admitted in the previous one, with the serve, perhaps the most difficult blow to recover in these weeks that have passed since both made the decision to play this contest of legends in the Bois de Boulogne.

Dulko, who retired in 2012 and won four singles and 17 doubles titles (she was number 1 in the world, along with Italy’s Flavia Pennetta; her achievements include the 2010 Masters and the 2011 Australian Open), was the most highlight of the four players in a Suzanne Lenglen court that had approximately a thousand spectators in the stands.

“The important thing is that everything worked very well, we made good points and we were able to have fun. The smash went well, the serve was not my forte during my career, but it was not bad”, smiled Sabatini, who cordially took selfies and signed autographs for a handful of Argentine spectators.

The next meetings of Sabatini and Dulko, for Group A, will be against the French Tatiana Golovin and Nathalie Tauziat, and the Croatian Iva Majoli and the French Mary Pierce. The couple that finishes first in this area will play the final next Saturday against the winners of Group B, which is made up of the Italians Pennetta and Francesca Schiavone, the Slovakian Daniela Hantuchova and the American Martina Navratilova; the American Chanda Rubin and the French Sandrine Testud, and the Australian Rennae Stubbs together with the Bulgarian Magdalena Maleeva.

In June 1984, Gabriela won the junior title at Roland Garros, beating Bulgarian Katerina Maleeva 6-3, 5-7, 6-3 in the final. A season later, she played for the first time in the Parisian main draw and became, at just 15 years old, the youngest semifinalist in the history of Roland Garros, falling to Chris Evert, then 2nd in the WTA. A lot of things happened in between. Today, in another stage of her life, she stepped on the clay from Paris, he smiled again and tennis, he thanked him.