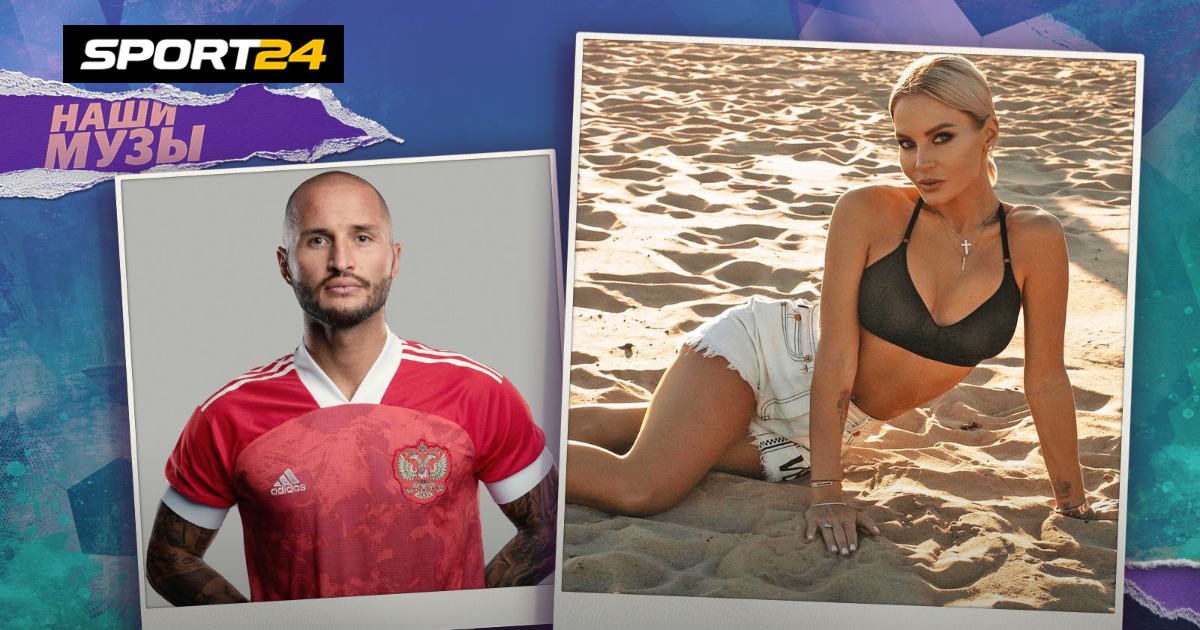 “Our” guys are the Russian national team, which will fight for the country at the European Championship 2020 on June 12. But it is also important to remember about “our” muses – the wives and girls of the players who support and inspire the guys to enter the field and fight like the last time.

On the eve of the European Championship, we decided to talk to some girls and ask them 15 identical questions. The strongest footballers in the country, whom we know from playing on the field: what are they like outside the cameras and the public? About this – in today’s and next materials. Today the wife of the Russian national team defender Fedor Kudryashov Anastasia is answering questions.

We met in Bratsk, a city in Siberia. At that time they were very young: Fedor was 16, I was 17. I worked in a salon. He found my photo from my best friend, Tolya, and says: introduce me! So we met: it was winter, and he and a friend came to my salon, two tall handsome handsome men. I already met a guy, I even had a ring on my hand, but he was not embarrassed, he says: this is not official. I smiled and thought: how fearless.

There was the main key moment of the first meeting, when Fedya took off his hat. I really did not like bald guys, and he just shaved to zero. My emotions could not be conveyed, as a straightforward person, I said everything I thought about such haircuts. I still don’t know if I hit him or caught him, but he immediately asked him out on a date. It was impossible to roam in our city: skating rink, cinema and bowling, which was a luxury for us. We chose a skating rink and went with my best friend Alena. And then some kind of movie: he is an athlete, drove the ball 24/7, and says that he does not know how to skate. It impressed me more than his hairstyle. I thought it was the joke of the year. As a result, Fedya got on the ice, and my friend and I rolled him under the arms, accelerated and released him straight into the snow.

After that evening, everything started and started spinning: I broke up with my boyfriend, and Fedya and I began to communicate. At that time, he did not even have a salary: he played for fun. We used my money to go to the cinema, to discos. Time passed, at some tournament he was noticed, a letter came. As I remember now: a white envelope, on the side – a red diamond, Spartak. He came running to me, waves an envelope, says: are we going? I’m like, “What are we going, where?” Answers: to Moscow! I immediately refused: I have everything here, study, work. He says: then I won’t go without you, and began to tear the envelope. I began to stop, said: let me come to visit you. And so it happened: still together.

2. The main thing for which you value Fedor

I really appreciate him for his obstinacy, which in some places gets in the way. But I love this quality in him: the desire to be the best father, husband, player, to keep up with the times.

3. How is he alone with you? What makes it different from a public image?

Fedya doesn’t like being recognized: he immediately sweats. He used to have a chip. They said to him: oh, Kudryashov, can I take a picture with you? And he is like this: I am his brother.

He is very closed, he does not like public events and holidays, he cannot be directly pulled out.
She loves spending her free time at home with children: collecting Lego, playing console with Nick and Milana. Can go out into the yard to play the ball.

5. Continue the phrase: few people know, but my husband is good at …

Delicious to cook! Fedya loves to do it. If not for football, he would definitely open a bakery or restaurant.

6. The last gift from your spouse?

The brightest is the quest in which the gift was encrypted. We were in Turkey, and it was necessary to collect puzzles or maps throughout the hotel, then find a safe in which the data lay. You hammer into the navigator – it gives out Moscow. We returned to the capital, I typed in the data again, and by geolocation I found my silvery beauty: a car. He even got a hat for such an expensive gift, haha. But I have no soul in it.

7. How is your husband cool as a football player?

In its toughness. But only on the field, it is not at all like his inner world.

8. Where and with whom will you watch the European Championship?

First, I will definitely be in St. Petersburg: I ​​will be rooting for Fedya with his dad and my girlfriend (the interview was taken even before Fedor Kudryashov was injured in the warm-up before a friendly game against the Bulgarian national team. Sport24).

9. Are you planning to go to other games?

The first two games, in St. Petersburg, will be with him, and then, as Fedya says. Usually I’m always there.

10. Personal forecast: how will Russia perform at the Euro?

I really do not like to think: it will be as it will be. For guys, the main thing is support. The pandemic knocked down the players a little, they missed the crowded stands. It is a colossal charge for them – to hear the anthem, singing of fans, to see the general mood, flags, outfits.

11. How did Fedor react when he found out that he was included in the application for Euro 2020?

Every time before the final decision, we have such a calm, as if there is not enough oxygen: will they call it or not. He’s always worried. And he exhales when I or his mother throw off that he is called.

12. What does he say about the upcoming championship? How worried?

With Fedya, everything is always clear, he answers all questions: beloved, it will be hard, we are preparing.

13. With whom does the husband communicate best in the national team? And who are you girls players with?

Of course, with Tema Dziuba. We have been friends almost since the time of mammoths: seventeen years.
Of the wives, I keep in touch only with the old line-up, for example, with the Samedov Yulia and Sasha.

14. The night before an important game in your family – what is it like?

Personally, I try to abstract myself. Very emotional.

15. What would you like to wish your husband for Euro?

I would like the guys to light up: brightly, which the whole country remembered. We will be so ill with the whole of Russia that we will be heard in space.