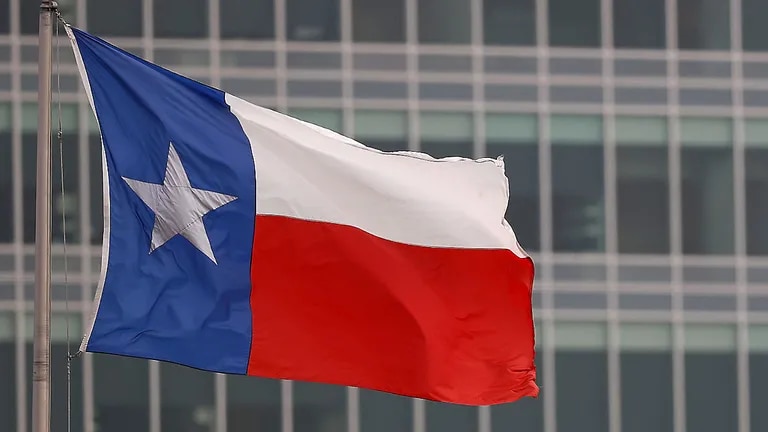 Furious with the federal government, Texas Republicans want a referendum to declare independence

HOUSTON, Texas.- Irritated with the administration of the Democrat Joe Bidenand determined to stop depending on the White House who wants to be the president, the Republican Party of Texas decided to promote a referendum to convert the state into an independent nation.

The party’s state leadership outlined its intention to press for the referendum to be held. in a document from its Platforms and Resolutions committeewhere you specify your demand to hold the vote.

The document was prepared in connection with the convention of the Republican Party of Texas in Houston, during which he also voted “overwhelmingly” to reject the legitimacy of the 2020 electionin line with the attitude adopted since then by former President Donald Trump.

The document calls for the state to hold a vote and says the federal government has “harmed” its right to self-governance. According to the text, any “federally mandated legislation that infringes on the rights of the 10th Amendment of Texas must be ignored, opposed, rejected and nullified.”

“Texas retains the right to secede from the United States, and the Texas Legislature should be called upon to pass a referendum consistent with it,” the secessionist document insists.

“We cannot compromise with Democrats who have a different and incompatible vision for our future,” said Matt Rinaldi, the chairman of the state Republican Party, according to The Texas Newsroom. “We have to be a bold and unapologetic conservative party, ready to go on the offensive and win the fight for our country.”

Although the Texas Republicans did not say when exactly that vote could take place, what they left no doubt about was denying the legitimacy of the Biden administration, whose mandate they do not recognize. Among its conclusions, the platform maintains that the Democrat is merely the “acting” president.

By insisting that Biden did not actually defeat former President Trump in 2020, Texas Republicans are prolonging the lies and baseless claims about voter fraud that they fueled. the January 6, 2021 attack on the US Capitol.

“We believe that the 2020 elections violated articles 1 and 2 of the United States Constitution,” they say on the platform. And they accuse several high-ranking officials of illegal actions, alleging that “substantial voter fraud in key metropolitan areas” skewed the results in favor of Biden.

The platform also spoke out effusively in favor of the unrestricted possession of weapons, stating that “All gun control is a violation of the Second Amendment and our God-given rights”in a state that recently absorbed one of the worst school shootings in history.

This is not the first time that the idea of ​​secession has been raised. Last November, Senator Ted Cruz had already said that the state could secede if the situation in the United States becomes “desperate.”

“We’re not there yet, and if there comes a point where there’s no hope, then I think we take NASA, we take the Army, we take the oil,” Cruz said. However, under the US Constitution, Texas cannot unilaterally leave the Union.

Texas has an origin linked to separatism. The first declaration of independence took place in 1835, when it broke away from the Mexican state, where it belonged, to later join the thriving United States. After nearly two centuries, they now want to turn their backs on Washington.