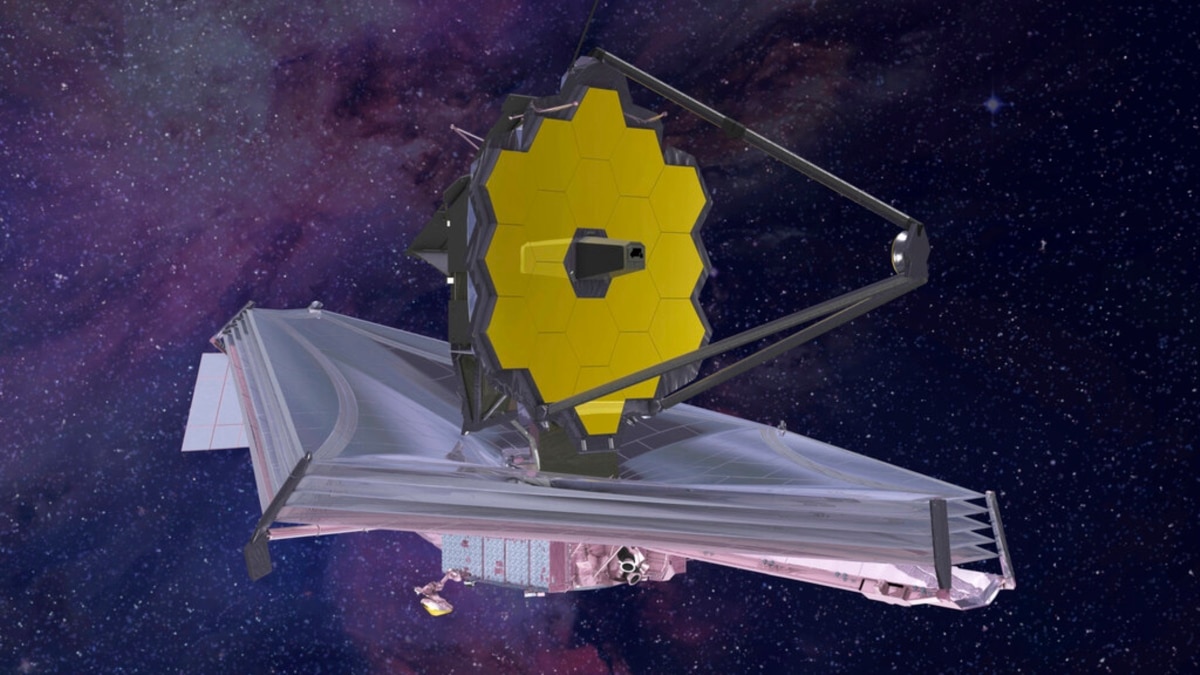 Launched aboard an Ariane 5 rocket in Guyana on December 25, the James Webb space telescope successfully completed its deployment in space through its main mirror on Saturday.

“Mirror, mirror… deployed! Webb has taken its final form. Over the next 6 months or so, the space telescope will cool, calibrate its instruments and prepare to unfold the universe.”, indicates Nasa, in reference to its mission “Unfold The Univers”.

“We have a telescope deployed in orbit!”, exclaimed at the end of the operation Thomas Zurbuchen, director of scientific missions at NASA.

For the occasion, the American-Swiss astrophysicist posted his new face on Twitter, saying he finally shaved his “barbe James Webb”.

“Thank you to the whole team for their hard work, dedication and sacrifice. Finally, I shaved my JWST beard. I was looking forward to this!”

The operation was piloted at the Space Telescope Science Institute (STScI) in Baltimore, Maryland, where the engineering team applauded the success of this technical feat.

“After two weeks of complex structural deployments, NASA’s James Webb Space Telescope has reached a major milestone and is now fully deployed in space!”, indicates the institute on its Facebook page.

The two wings of the huge gold-coated main mirror were deployed on Friday and Saturday. This mirror of more than 6.5 meters in diameter did not allow the telescope to enter a rocket without being bent.

“Today, NASA has taken another engineering step forward for decades! While the journey is not over, I join the Webb team to breathe a little easier and imagine future breakthroughs destined to inspire the world”NASA Director Bill Nelson said on Twitter on Saturday.

The telescope should reach its orbit in a fortnight, 1.5 million kilometers from Earth. The 18 segments of the main mirror will be adjusted over a period of approximately three months.

The secondary mirror was deployed on January 5. Its function is to return the light from the primary mirror to another mirror and the scientific instruments.

Two days earlier, NASA had broadcast live on the internet the deployment of the heat shield. This is composed of five gigantic layers of extremely thin kapton designed to protect the instruments from solar radiation. James Webb needs to stay cool and in the dark to be able to operate in the near and mid infrared, a first for a telescope.

The space telescope will orbit the Sun and not the Earth like Hubble. It will orbit 1.5 million kilometers from our planet, at the point of Lagrange 2, where it will remain aligned with the Earth and will be sheltered from the light and heat of the Sun thanks to its heat shield.

It will take several weeks for the telescope and scientific instruments to cool completely and reach stable temperatures, says NASA’s Goddard Space Center.

In the days to come, it will be a question of unlocking all the segments of the primary mirror and the secondary mirror and ensuring their mobility. The last maneuver will then come to insert the satellite into the optimal orbit around the Lagrange point (L2). During this time, the scientific instrument systems will be powered up.

After numerous calibrations and adjustments, Webb should be able to begin his scientific mission in five to six months.

Astronomers around the world are religiously following the long journey of this revolutionary telescope, which promises to observe the cosmos in new dimensions, if all goes well as planned before its perilous commissioning.