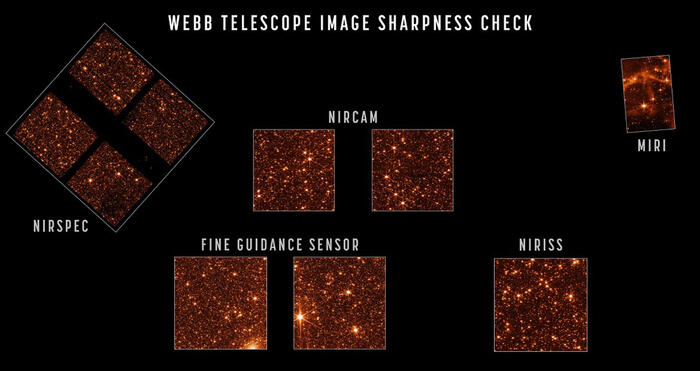 The stars of the Large Magellanic Cloud, portrayed in the first test images captured by the James Webb Space Telescope after the completion of the seventh and final phase of alignment, now officially begin commissioning ) of scientific instruments, which should be fully operational within two months. This was reported by NASA, which conducts the mission together with the European Space Agency (ESA) and the Canadian one (CSA).

“These extraordinary test images from the successfully aligned telescope demonstrate what people from various countries and continents can achieve when there is a bold scientific vision to explore the universe,” said Lee Feinberg, Head of Optical Telescope Elements. Webb at NASA’s Goddard Space Flight Center.

The optical performance of the telescope is confirmed to be better than expected. The mirrors are focusing the light collected into space in each instrument and each instrument is capturing images of the light being delivered to them. Image quality is limited only by diffraction, which means that the fineness of detail that can be seen is the best physically possible given the size of the telescope. From now on, the only changes to the mirrors will be very small periodic adjustments to the primary mirror segments.

Now the Webb team will focus on commissioning the scientific instruments. Each instrument is a highly sophisticated set of detectors featuring one-of-a-kind custom lenses, masks, filters and equipment that help it do the job it was designed for. During the commissioning phase, the characteristics of these instruments will be configured and managed in various combinations to confirm their operation.