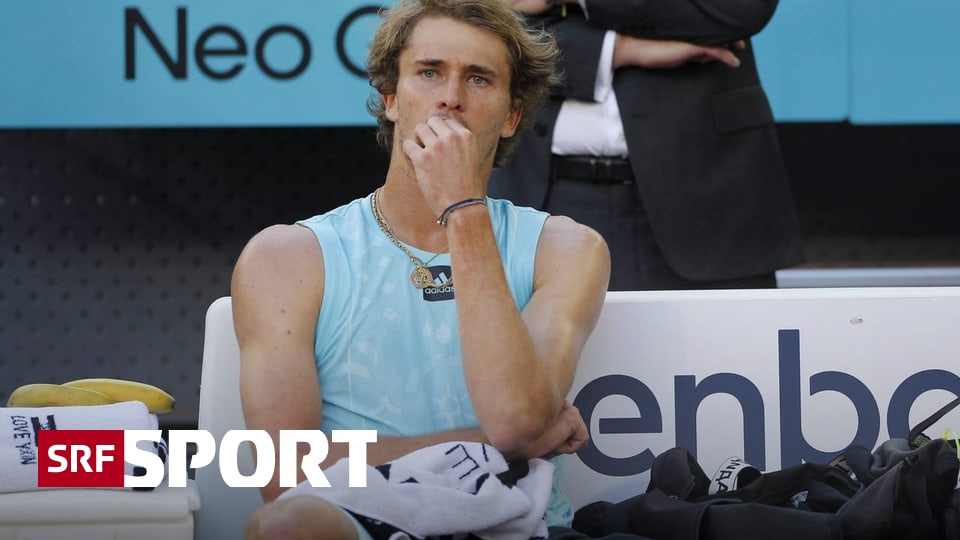 After his lesson with young star Carlos Alcaraz, the German sharply criticizes the game schedule.

Alexander Zverev gave the new tennis prodigy a champagne shower. He ennobled the splendid Carlos Alcaraz as the “currently best player in the world” – but then, on the evening of his lesson in the final of the 1000 tournament in Madrid, his face suddenly darkened.

And the German tennis Olympic champion gave vent to his pent-up anger. The work of the player organization ATP in the past week was an “absolute disgrace”, Zverev mocked at the press conference after the 3: 6, 1: 6 in a memorable final in which the Hamburg player had no chance against the only 19-year-old Spanish high-flyer .

When every normal person goes to bed at four and then five, it becomes hard to even wake up properly.

In his criticism, Zverev specifically referred to the late scheduling of his matches in the quarter- and semi-finals. Playing a final against Alcaraz with such a mortgage was “difficult”. On the court he had “no coordination” with his own serve and basic shots, and he also missed light balls.

“Two days ago I got to bed at four, half past four, the next day at 5:20 a.m.,” Zverev complained: “If every normal person goes to bed at four and then at five o’clock, it will be difficult, to wake up properly at all.” If you’re awake that long, you’re literally “dead the next day”. In addition, he was on the pitch in Acapulco until 5 a.m. in February.

All of this made him “angry,” Zverev explained after the 62-minute match: “I’m not a robot.” Nevertheless, he restricted that he “probably would not have beaten Alcaraz even if he was completely fresh on Sunday. I don’t want to take anything away from him.”

See also  Hockey: Tanner Richard: "Lausanne will want to win as much as we do"