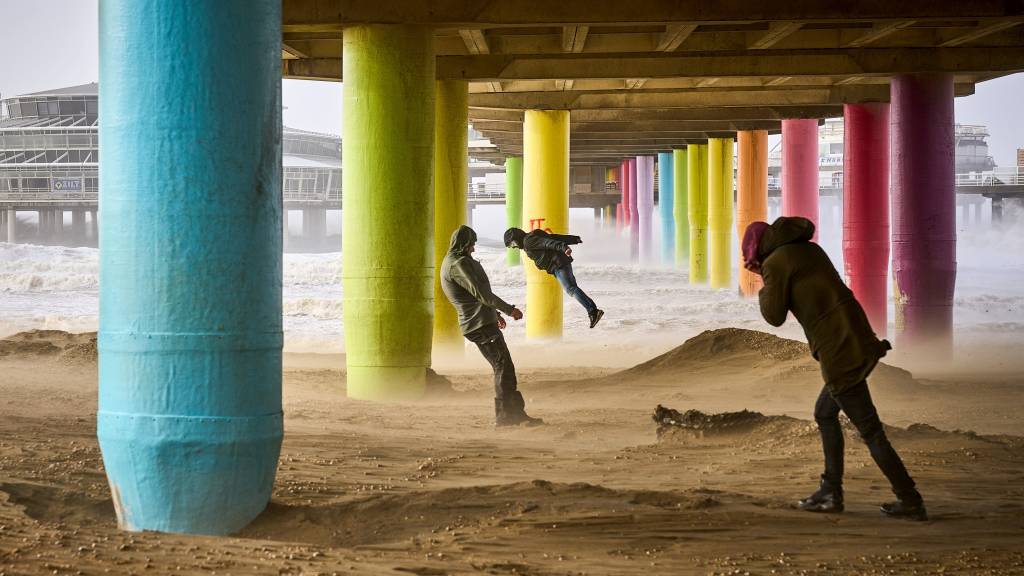 From Loes and Fleur to Cillian and Khalid: list of new storm names announced

The storm names for next year are known: the KNMI name list shows that the first storm of this season will be called Antoni. This is a reference to Antoni van Leeuwenhoek, the founder of microbiology.

It is one of six names created by the Netherlands. The rest of the names come from Great Britain and Ireland. The list was compiled by the British, Irish and Dutch weather services.

The KNMI has chosen a theme for the names this year: Dutch scientists from the past. Hendrika and Loes are also on the list. Hendrika van Leeuwen was a physicist and the first female lecturer at TU Delft. Loes van Straaten studied at Wageningen University and was the first female forester.

In addition, Tobias and Wouter were also selected, references to the Dutch Nobel laureate Tobias Asser and Wouter Bleeker, former director general of the KNMI. The British Weather Service provides pronunciation tips for Dutch names, such as “hen-dree-ka”, “l-oo-s” and “vow-ter”.

No Q and X

In Great Britain and Ireland, the public could send in suggestions, after which the two weather services took the plunge. They included Cillian, Khalid and Fleur. With the storm name starting with the letter b, the public got the say via the most-votes-pass principle. After several rounds of voting and more than 12,000 votes, Betty emerged as the winner.

In Ireland, two traditional Gaelic names have so far always been chosen. Names from that language can be difficult to pronounce, says Evelyn Cusack, director of Ireland’s Met Éireann. “That’s why we put those storms at the back of the alphabet so that there is little chance that the names will ever have to be used and therefore no one has to pronounce them.” This year they are Íde and Ruadhán.

Cusack thinks the KNMI’s idea of ​​using a theme is well thought out. “I would like to use this as a selection process for the entries for Irish storm names next year.”

The Q, U, X, Y and Z are not used in the list because there are too few names with those initials internationally. Furthermore, one of the requirements is that the storm names in all countries are easy to pronounce.

Since 2019, the KNMI names storms according to code orange or red. Sometimes a storm is also given a name with code yellow, for example if it can grow to code orange. The first storm in the Netherlands to be named was Ciara, two and a half years ago.

One reason for naming the storms is “to raise awareness of dangerous weather,” says the KNMI. “Through recognizability, we hope to reach as many people as possible with our warning before it strikes again.”

In addition, citizens can follow reports more easily if all countries use the same name. In the event of severe storms there is a good chance that there will be an effect in all three countries, Jan Rozema, Head of Weather and Climate Services at the KNMI, told Met Éireann.

Rozema cites the storm Eunice as an example. This storm raged over the fields last season. It was one of the three worst storms in more than 50 years.