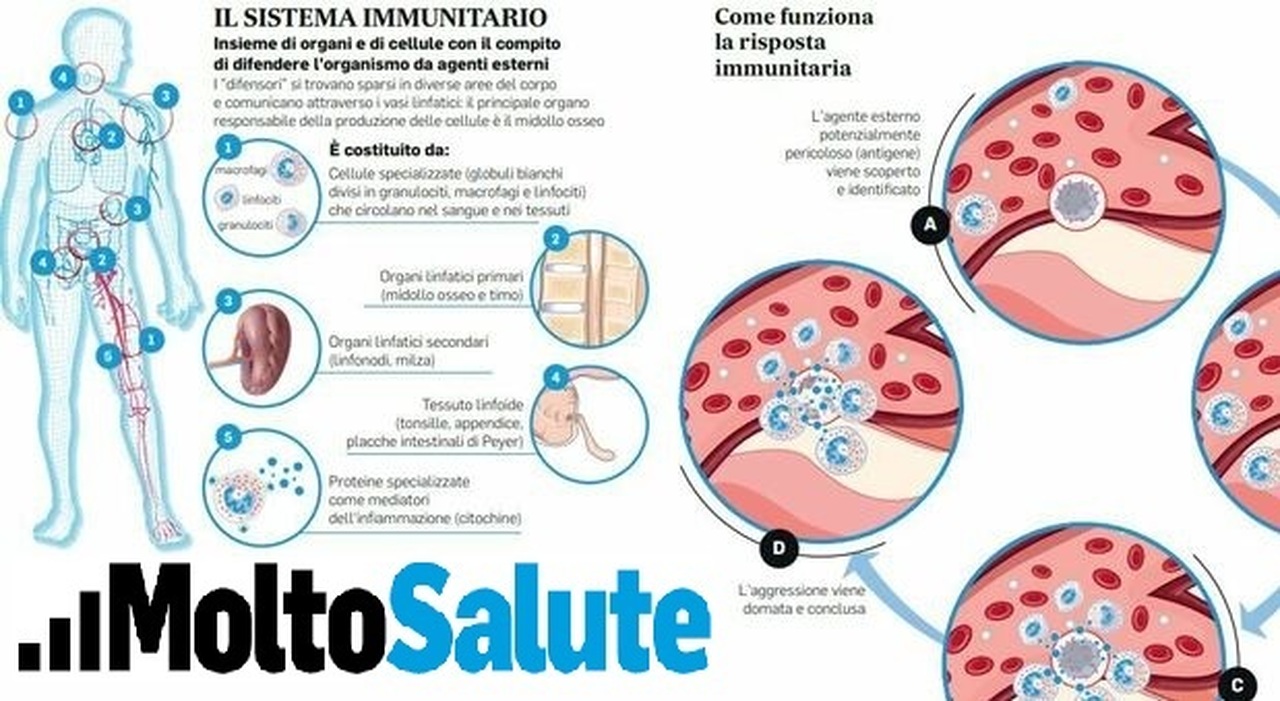 from germs to tumors, so we can beat diseases

Our vocabulary in recent times has been enriched with a series of terms, which hide complex concepts, inherent in the field of the immune system, the guardian angel within us who protects us every day from a series of attacks. In silence. But how does this complex and effective machine work, capable of eradicating millions of germs and cancer cells, helping to maintain our state of health? From a structural point of view, the immune system is composed of hundreds of small organs (i lymph nodes), by two large organs (spleen and thymus) and by the bone marrow, all connected to each other by a very dense network of lymphatic vessels. “Stations” of immune cells are also present within a range of organs and tissues (lungs, intestines, liver, brain, joints, tonsils and adenoids).