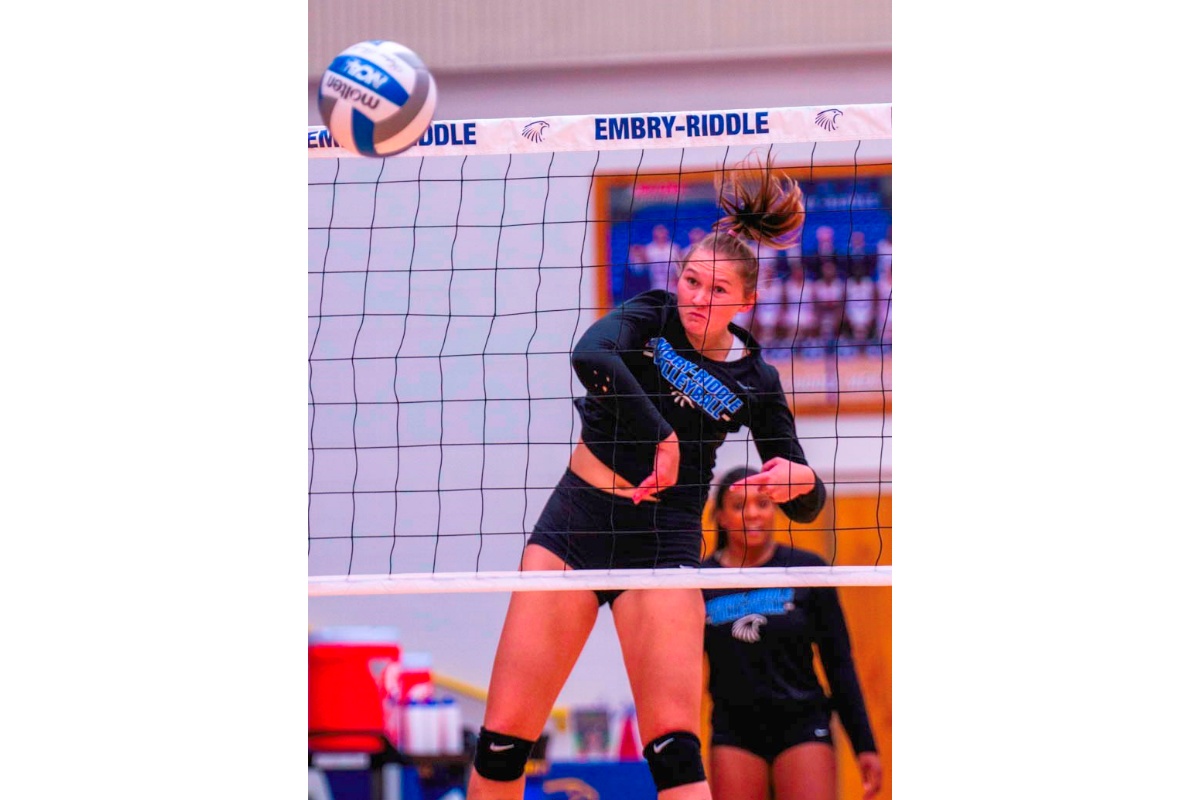 The 24-year-old outside attacker Kristin vom Schemm will wear the Deichstadtvolleys jersey from the coming season. She spent a total of four years in the USA on a volleyball scholarship. Now she has signed a two-year contract with VC Neuwied.

Neuwied. After the US element dominated the Deichstadt volleyball team in the past season, the focus for the second season in the upper house is on a team of young German players: The “U23plus” project, in which young talents mature as well as match practice and experience at a high level can collect.

Florida returnee Kristin vom Schemm combines both elements of the old and new season. Looking back on her four years in the USA, she names the “team spirit” and the “never give up” mentality as particularly important experiences that she would like to bring to the Neuwied farm team. The 1.82 meter tall outside attacker took her first volleyball steps in Würselen and Aachen before moving to the volleyball boarding school in Münster. At USC Münster, she was successful in the youth field until she graduated from high school – in 2016 she was runner-up in the German U20 Championship – and played for the second division team of the traditional club.

Equipped with a volleyball scholarship, she started in the USA for Central Florida College and the University of Missouri, Kansas City. Then it moved from Schemm back to sunny Florida. She graduated from Aeronautical University, Daytona Beach in 2021 and completed her US volleyball career, which was successful for her and her teams at all three stations.

See also  When you can't tell who's speaking when...

What draws the player from Florida to Neuwied?
But after four years in sunny Florida, which she describes as the biggest adventure of her life so far, what is the reason for “Sunshine-Girl Krissi” to take the next step in her career on the less spectacular Middle Rhine? “After four years in the USA and after completing my studies, I’m looking forward to playing volleyball again in Germany. In the USA, thanks to a high level of professionalism and training intensity, I was able to develop at all levels and learned to take on responsibility. These experiences have had a particularly strong influence on my attitude towards volleyball. The talks with those responsible at Neuwied convinced me of the U23plus project. The goal of promoting young players really appealed to me. And to be part of this project now is a great honor for me. Tigin has a vision and a goal for the next few years and I’m thrilled to be a part of it. I would like to thank the Deichstadtvolleys for putting their trust in me and I’m looking forward to an exciting season”.

Her new coach, Tigin Yağlioğlu, also emphasizes the important role she is to play in the Deichstadtvolleys squad: “She has excellent fundamentals from Münster. In the States she then got to know a different gaming culture and mentality. She is a very positive person, she brings quality of play, experience and power. That’s why she will be a valuable part of our squad, which should also mature into a team through personalities like her.” (PM)

Become a fan of the NR-Kurier.de local edition Neuwied on Facebook now!