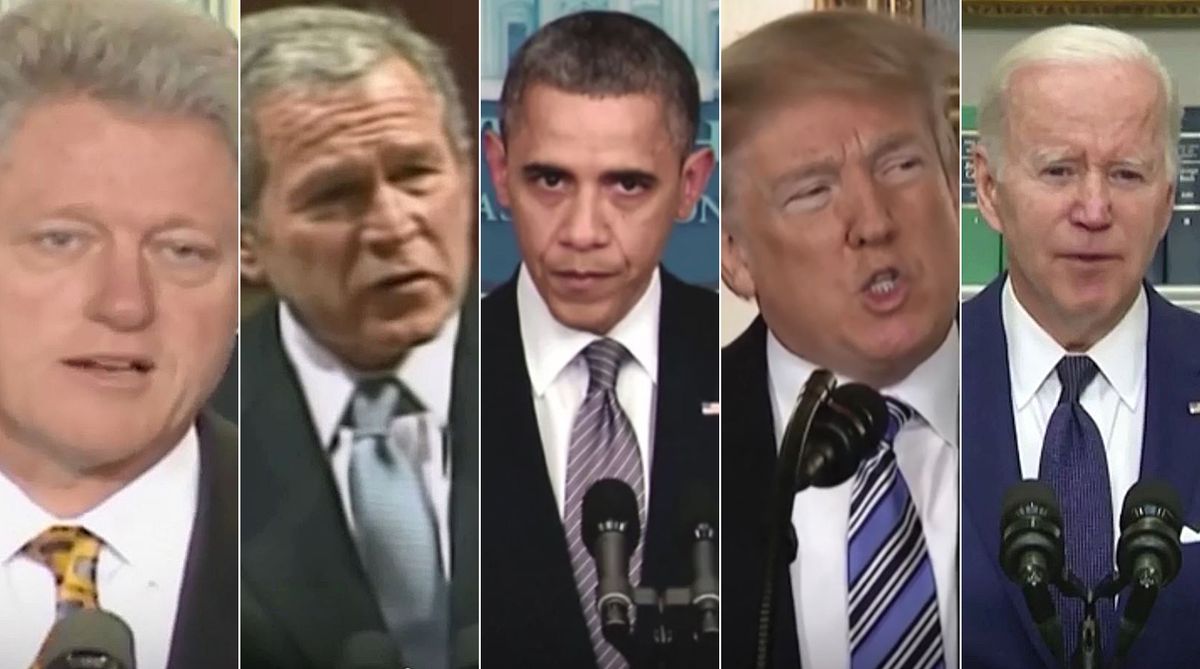 From Clinton to Biden: the messages that did not change anything after the shootings in schools in the United States | on video

The massacre perpetrated by Salvador Ramos in a school in Uvalde (Texas) is the latest chapter in an epidemic that has hit the United States for years: shootings in educational centers. Every president in the country’s recent history has had to address the nation after some of these dramatic events, in the same way that Joe Biden publicly wondered on Wednesday when they were going to face the lobby of the weapons.

Democrat Bill Clinton did it in 1999 after the Columbine massacre, where two teenagers killed 13 people and wounded 24 others before committing suicide at their Littleton, Colorado, high school. His successor, George W. Bush, was in office when another student, Seung Hui Cho, killed 32 people, including students and faculty, at a Virginia polytechnic institute. In 2012, a 20-year-old man murdered 26 people, most of them young children, at an elementary school in Sandy Hook, Connecticut, when Barack Obama was in the Oval Office. Six years later, with Donald Trump as president, 17 people were murdered at a Parkland, Florida, high school by a gun-obsessed alumnus who had been expelled a year earlier for indiscipline and disruptive behavior.

In this video you can see the interventions of the presidents after each of the deadly shootings in educational centers in the United States.