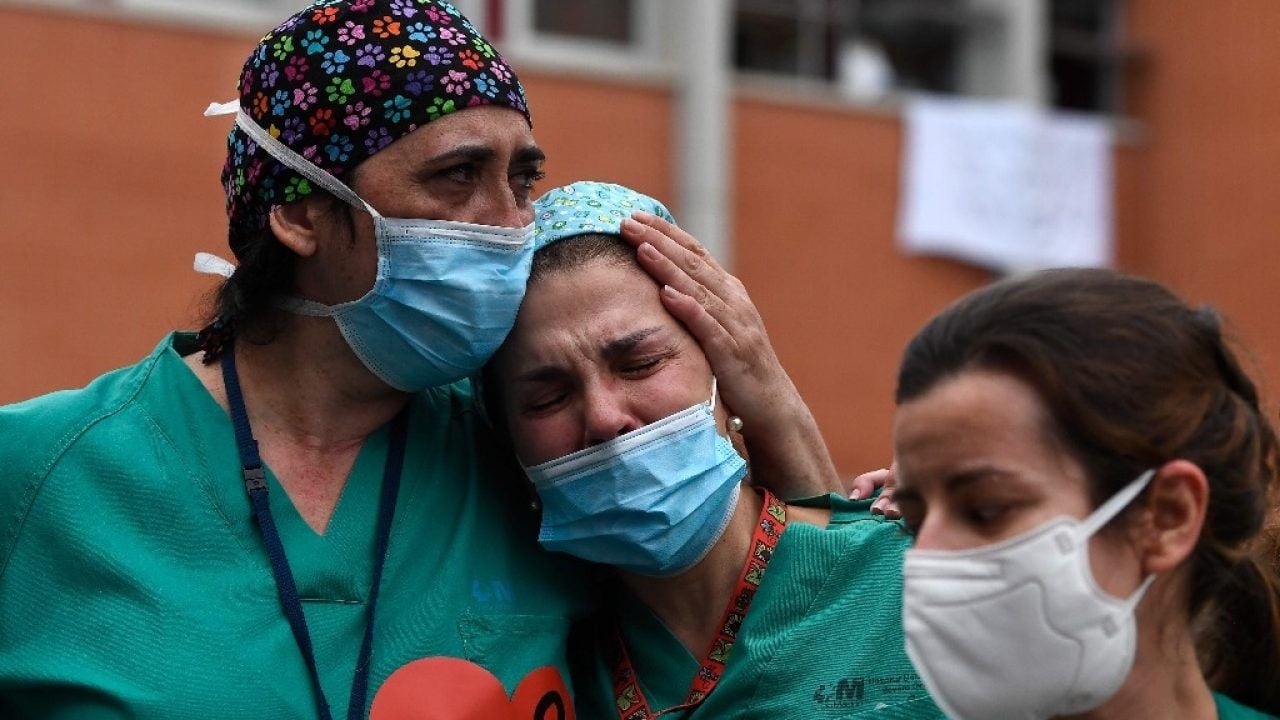 From applause to aggression: a study reveals the fragile mental health of health workers

The health personnel of 11 Latin American countries have “high rates” of depressive symptoms which at least in part can be attributed to the lack of specific policies to protect the mental health of the sector during the coronavirus pandemic. The concept arises from a study published this Thursday by the regional agency of the WHO, under the title HEalth care wOrkErs Study (HEROES).

The document reveals that between 14.7% and 22% of the health personnel consulted in 2020 presented symptoms that allowed us to suspect a depressive episode.

As detailed by the Pan American Health Organization (PAHO) – the regional arm of the WHO– in a statement, the study It was carried out by the universities of Chile and Columbia in Argentina, Brazil, Chile, Colombia, Bolivia, Guatemala, Mexico, Peru, Puerto Rico, Venezuela and Uruguay.

“The pandemic increased stress, anxiety and depression of the health workers and revealed that countries have not developed specific policies to protect their mental health“, considered Rubén Alvarado, a researcher at the University of Chile.

In some countries they only received Psychological attention about a third of those who said they needed it, the statement added. “The pandemic showed the wear and tear of the health personnel and in countries where the health system collapsed, staff suffered exhausting hours and ethical dilemmas that impacted their mental health“, affirmed the director of the Department of Noncommunicable Diseases and PAHO Mental Health, Anselm Hennis.

The mental health of staff was affected, among other reasons, by the need for emotional and economic support, concern about the chance of infecting family members, conflicts with relatives of affected people and changes in job functions, the study indicates .

To alleviate the problem, the report recommends modifications in the work environment, the improvement of remuneration and contracts, and the creation of spaces in which teams can relax. It also advocates providing them with support for the care of their children and the elderly in their care “given that they are mostly women and caregivers”, as well as facilitating their access to health services. mental health.

“After two years of pandemic, many workers still do not receive the support they need and this can cause them to develop different mental disorders in the next few years, something we have to be prepared for,” said Ezra Susser, a researcher at Columbia University.

The study was based on interviews with 14,502 healthcare workers and had the participation of academics and researchers from dozens of institutions in the countries where it was held. “The pandemic It has not finished. It is essential to take care of those who take care of us,” Hennis concluded.