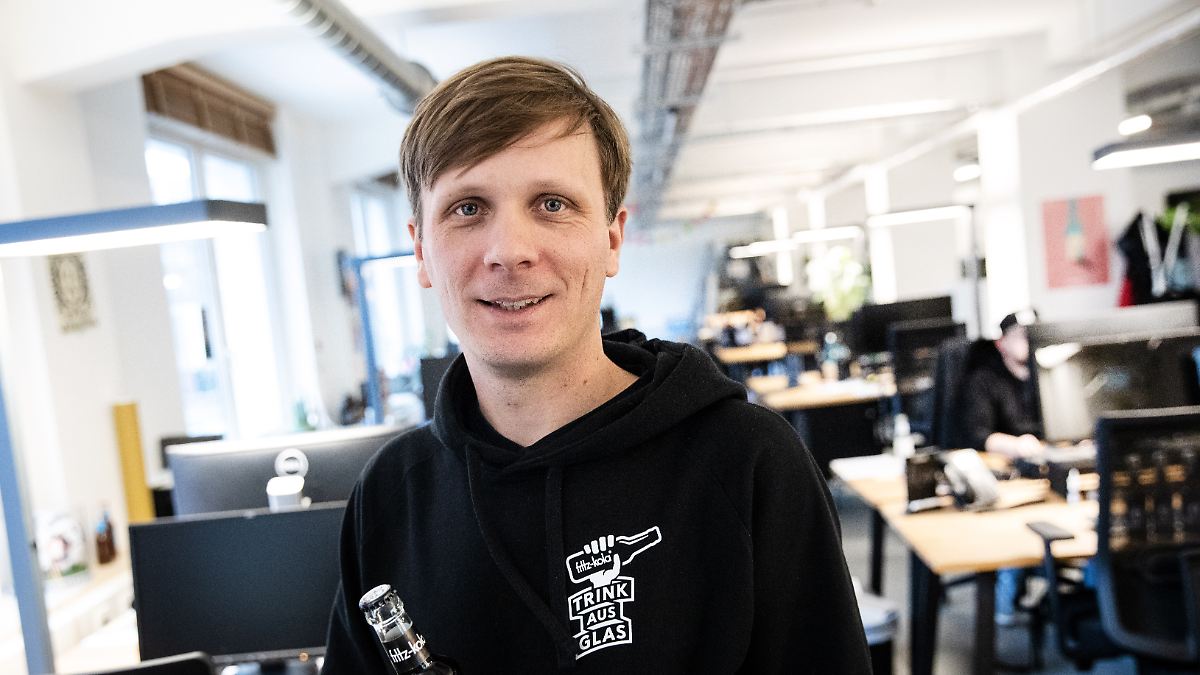 For years Fritz-Kola went up. However, the pandemic caused massive slumps. Now the people of Hamburg are ramping up production again. “We are back to peak activity,” says co-founder Mirco Wolf Wiegert in the podcast “Zero Hour”.

Only 20 percent of sales – that was how bad it was a year ago for Fritz-Kola, the beverage company from Hamburg that is used to success. Now cafes and restaurants are reopening, and Fritz-Kola has been ramping up for weeks to meet the demand. “We have been back to peak activity since the beginning of March,” says co-founder Mirco Wolf Wiegert in the podcast “Die Stunden Null”. The employees are back from short-time work and are back in “full mode”. “We are still missing the big get-together, celebrating together and somehow experiencing each other. The atmosphere is good, but not exuberant.”

The corona pandemic was his “first big, really fat crisis,” said Wiegert. At first he didn’t see her coming. 2020 was a disastrous year, also for many partners in the catering industry.

Wiegert founded Fritz Kola in 2002 with Lorenz Hampl. For the idea, they canceled their home loan and savings contracts amounting to 7,000 euros, and the first Colas were tested in the party cellar of a Hamburg student residence. Later they started the first production with the help of a bottling company. The brand grew successfully, despite the overwhelming power of Coca-Cola and Pepsi. Today Fritz-Kulturgüter GmbH has 270 employees, sales before Corona were estimated at a good 50 million euros.

In addition to crisis management, it was essential not to lose the corporate culture. After so many months in the home office, said Wiegert, loyalty is decreasing in many companies, and that is also possible at Fritz-Kola. “As soon as we can meet again physically, the first thing we do is get people together to exchange ideas, to touch, to get to know each other, simply to experience together, to enjoy the moment,” he promises.

Provocation is also part of the Hamburg DNA – Fritz-Kola has been drawing attention to himself for years with slogans and campaigns. In autumn, for example, when Donald Trump was shown on a poster with the new zero sugar cola bottle, underneath the slogan: “Two zeros. One tastes good.” There was a lot of headwind. Political issues remained “thin ice”, admits Wiegert, but: “Attitude sometimes also means losing customers.”

Fritz-Kola is currently engaged in a feud in social networks with Coca-Cola. It is about the sustainability of reusable bottles compared to plastic bottles. Zombies can be seen on posters drinking from one-liter plastic bottles. “Selling cola or lemonades is a tough business,” says Wiegert. New products are coming onto the market every day. “Either we do a good job, are relevant for our customers and then have success. Or we are out again.”

What is the secret of your success? “That we persevered,” says Wiegert. “We were very small for a long time and had to fight for every euro every day.”

Also hear in the new episode of “The Zero Hour”:

You can find all episodes directly at Audio Now, Apple or Spotify or via Google.