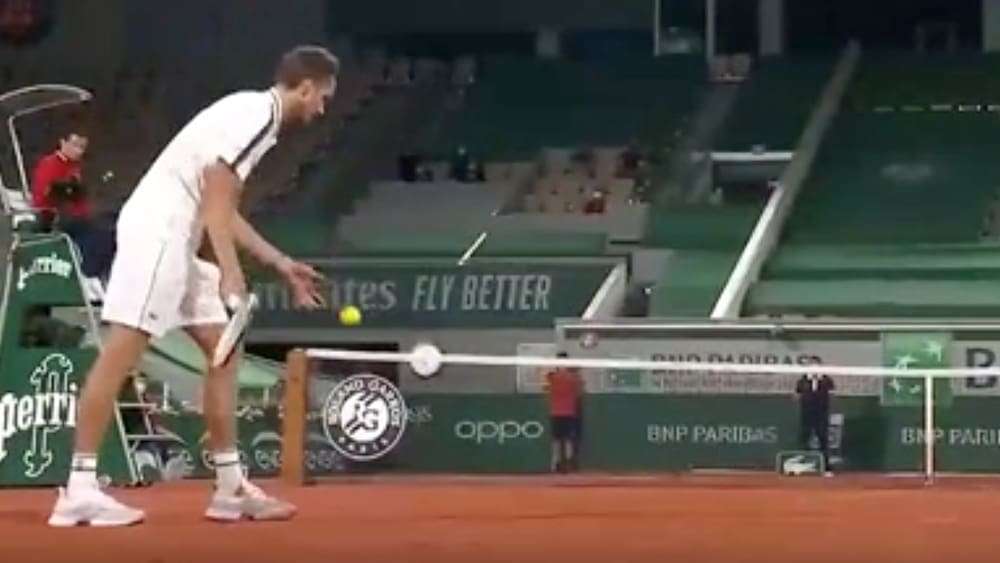 Daniil Medvedev causes a stir in the quarter-finals of the French Open. The Russian world number 2 has his back to the wall against Stefanos Tsitsipas. The Greek has match point and is about to move into his 4th Grand Slam semi-final after an impressive performance. And what is Medvedev doing? He serves his counterpart with a forearm serve – one last cheeky move to pull his head out of the noose.

The Undeufe service is frowned upon by tennis traditionalists, but it often catches your opponent on the wrong foot. But nothing there! Medvedev is rather making himself look ridiculous.

“That was terrible, but amusing”

Tsitsipas smells the roast immediately, stands ready on the other side and hits Medvedev with a backhand winner. The attempt fails miserably and Tsitsipas is in the semifinals, where he meets Alexander Zverev.

Many tennis experts hardly get a hold of each other. “That was really terrible, but also amusing,” writes US journalist Ben Rothenburg on Twitter. And ex-player Brad Gilbert says: “A very weird decision. He got what he deserved. “

Medvedev defends himself. The Russian was not concerned with provocation, it was a tactical consideration. “I thought about it for the whole match because, in my opinion, Tsitsipas was always far behind. But before that, the opportunity never really arose, ”explains Medvedev. “Usually the opponents are a little surprised. But it didn’t work at all. He had a simple ball to end it all. “

When asked about the unusual end of the match, Tsitsipas can’t help but smile. He saw that Medvedev had somehow made a short break in the service movement. “It took less than a second. But I thought something was coming, so I prepared for it. “

Incidentally, it is not the first time that Medvedev has made a name for himself with a serve from below. Last year he duped Zverev at the ATP Finals in London – with more success than now in Paris. (sme)