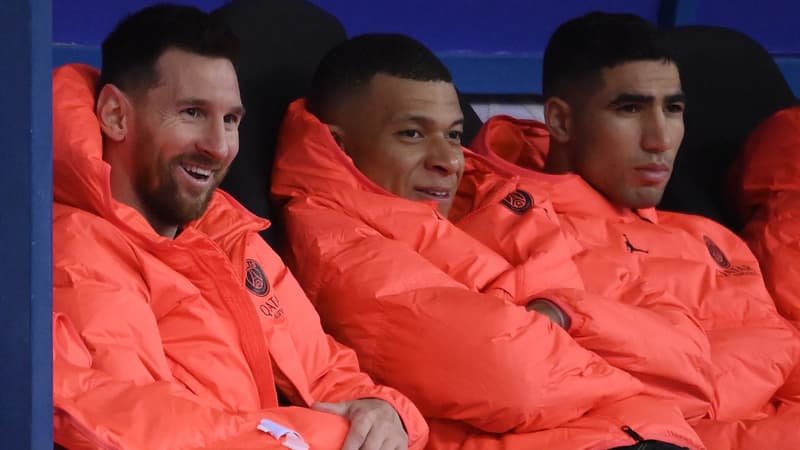 French Cup: PSG with Mbappé and Neymar but without Messi, left to rest, against Pays de Cassel

The staff of PSG decided to blow Lionel Messi on the occasion of the 16th final of the Coupe de France against the amateurs of Pays de Cassel (R1) Monday evening at the Félix-Bollaert stadium. Neymar and Kylian Mbappé will make the trip to Lens well.

The disappointment must be immense this Sunday in the ranks of Pays de Cassel. Fans of Regional 1 (6th division) were happy to challenge the seven-time Ballon d’Or and new Argentinian world champion Lionel Messi with PSG in the round of 16 of the Coupe de France on Monday evening in Lens. But the Parisian number 30 will be the big absentee at the Felix-Bollaert stadium. According to our information, the Parisian staff have decided to rest their striker.

Already absent against Châteauroux in early January in the round of 32 (he was returning from the festivities in Argentina after the World Cup), Lionel Messi had also skipped the first two rounds of the Coupe de France last season, against amateur clubs from N3 (Entente Feignies -Aulnoye) and N2 (Vannes).

If the Argentinian will be absent against the USPC, Kylian Mbappé and Neymar will be there, just like Achraf Hakimi, back in France after receiving the trophy for the best Arab sportsman in Saudi Arabia on Saturday evening, and Nuno Mendes suffered a hamstring injury with Portugal against Uruguay at the World Cup.

Finally, while Keylor Navas is guaranteed to start in goal in order, in particular, to be exposed before the closing of the winter transfer window (January 31), Christophe Galtier also let Gianluigi Donnarumma breathe.

See also  Peru: Who carried out the coup? | The collapse of Pedro Castillo