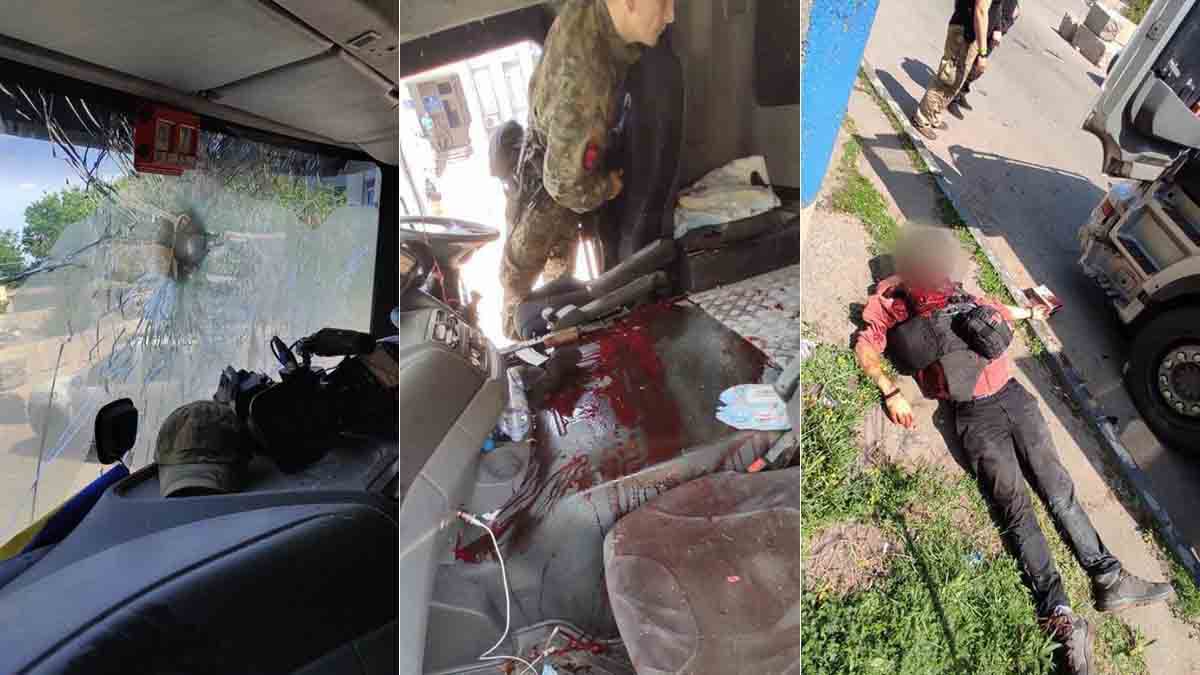 French reporter Frédéric Leclerc-Imhoff, accredited by the BFMTV network, died Monday in eastern Ukraine during a Russian attack while riding in an armored vehicle used to evacuate civilians, authorities in the Lugansk region reported. His death has been confirmed by the President of France, Emmanuel Macron. The events occurred in the surroundings of the city of Severodonetsk, whose control has been disputed between intense fighting between the Ukrainian Army and the Russian Army for days. The attack led the authorities to suspend, for the time being, the departure of civilians to a safe zone.

Leclerc-Imhoff, a 32-year-old cameraman, had been working for the French network for six years. This was his second trip to Ukraine in the current conflict. At the time of the shell attack, he was with a colleague from the chain who was slightly injured and an interpreter who was unharmed, according to BFMTV itself. The organization Reporters Without Borders (RSF) has singled out Russian President Vladimir Putin for his troops’ attacks on journalists in Ukraine. “The bus had the sign ‘humanitarian convoy’ very visible and was shot” by artillery and “a shell fragment caused the death” of the informant, RSF secretary general Christophe Deloire explained in statements to the press, reports the agency. Eph.

“I share the pain of the family, loved ones and colleagues of Frédéric Leclerc-Imhoff, to whom I address my condolences. To those who carry out the difficult task of reporting in those scenarios, I would like to reiterate France’s unconditional support”, President Macron wrote on his Twitter account. With Leclerc-Imhoff there are already eight journalists who have lost their lives in Ukraine in the performance of their work since the Russian invasion began on February 24, according to data from the Committee to Protect Journalists (CPJ, according to its acronym). in English). There are, in addition, seven other deaths of journalists that he has registered whose motive he is investigating.

I share the pain of the family, relatives and colleagues of Frédéric Leclerc-Imhoff, to whom I send my condolences. To those who carry out the difficult mission of informing in theaters of operations, I would like to reiterate France’s unconditional support.

The seven dead journalists recorded by this body are Yevhenii Sakun —who died during the bombing of a television antenna facility in kyiv on March 1—, the reporter freelance American Brent Renaud —who was shot in the neck in Irpin, on the outskirts of the capital, on March 13—, the Ukrainian producer Oleksandra Kuvshinova and the cameraman Pierre Zakrzewiski —both from the American chain Fox News, killed in a attack in Horenka, near kyiv, on March 14—the Russian Oksana Baulina—who worked for The Insiderwho died in the bombing of a shopping center in the capital on March 23—, Maks Levin —Ukrainian photographer and documentary filmmaker, who died on March 13, but his body was found on April 1—, Mantas Kvedaravicius —Lithuanian filmmaker who he was killed in Mariupol on April 2.

The death from a wound to the reporter’s neck occurred when the armored vehicle in which they were preparing to evacuate a dozen people was hit by a projectile, the regional governor, Sergei Gaidai, announced on his social networks. The images provided by him show impacts on the vehicle and traces of blood inside, while the body of the journalist appears outside, who was wearing a helmet and bulletproof vest. Gaidai also made public the image of the journalist’s official accreditation provided by the authorities and that allows reporters to work in the war in Ukraine.

The events occurred shortly after French Foreign Minister Catherine Colonna laid a bouquet of flowers in kyiv in memory of those killed during the war in Ukraine. She did it accompanied by her Ukrainian counterpart, Dmitro Kuleba, on the wall of memory that collects the portraits of those who are losing their lives in the conflict. Colonna announced that her country will strengthen the shipment of weapons to Ukraine, one of the main demands of kyiv.