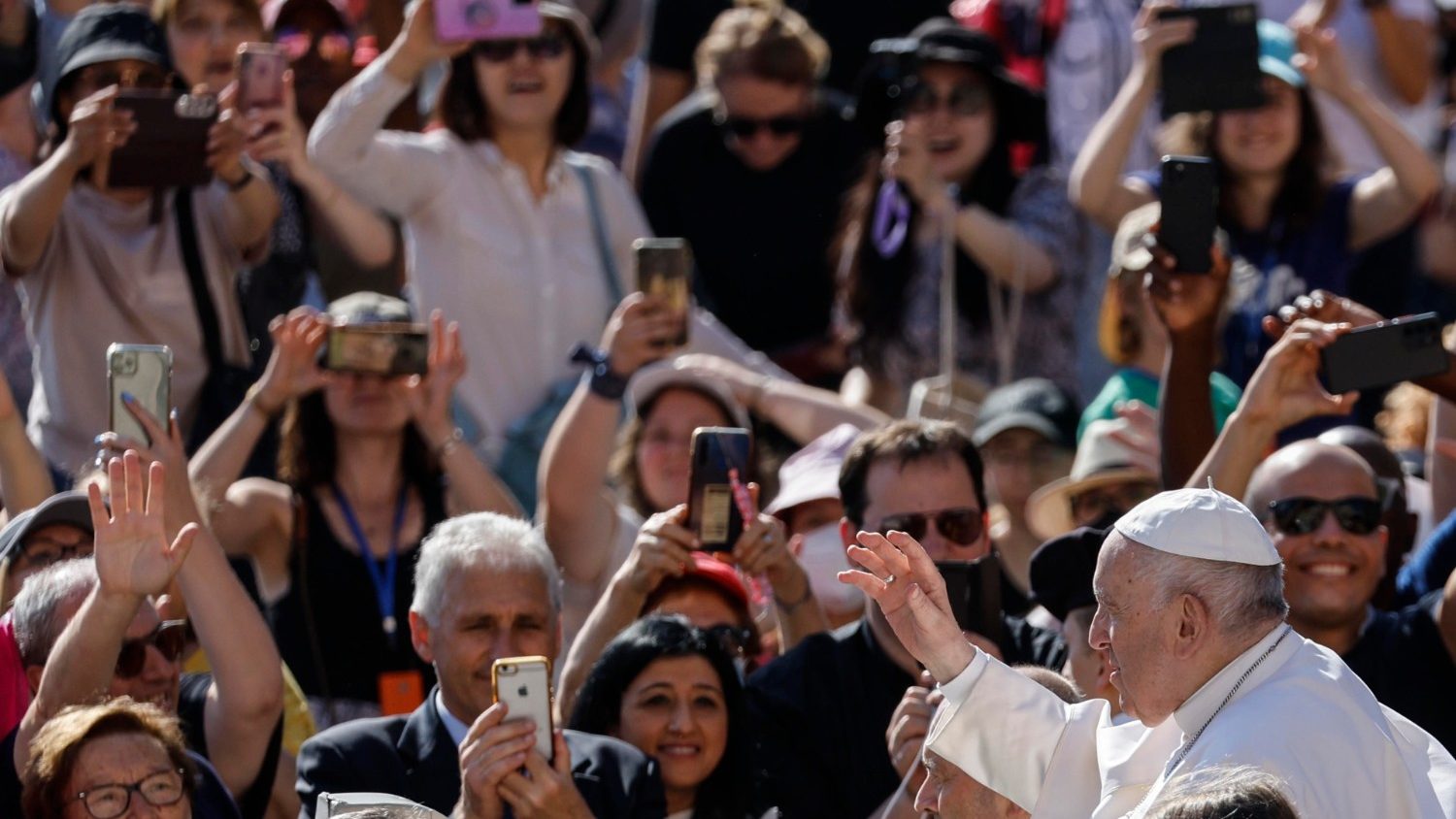 Francis: old age should not be hidden, it is the “magisterium of fragility”

In the catechesis of the general audience, the Pope stressed the need to reform a civilization and a politics that marginalize old age and illness. From the old, he said, we learn the gift of “abandoning ourselves to the care of others, starting from God himself”

The reform of a modern civilization that is “uncomfortable with sickness and old age” must start from the “teaching of fragility” that the old can teach. A reform that is now indispensable because “the marginalization of old age corrupts all seasons of life”. Pope Francis underlines this in the twelfth catechesis dedicated to the most advanced age of existence, reiterating that from the elderly we must learn the gift of “abandoning ourselves to the care of others, starting with God himself”. And denouncing that a policy “so committed to defining the limits of a dignified survival” is however “insensitive to the dignity of an affectionate coexistence with the old and the sick”. (Listen to the report with the Pope’s voice)

Against the elderly abandonment, deception and arrogance

The Pope opens his meditation, which takes its cue from the “beautiful prayer” of Psalm 71, speaking of the “strong tension that inhabits the condition of old age” marked by weakness “that accompanies the passage through the fragility and vulnerability of old age” . A process, the elderly psalmist laments, which becomes “an opportunity for abandonment, deception, prevarication and arrogance, which at times rage on the elderly”

“A form of cowardice in which we are specializing in our society. In this throwaway culture, the elderly are pushed aside and suffer from these things. In fact, there are those who take advantage of the age of the elderly, to cheat him, to intimidate him in a thousand ways. “

At the general audience, Francis continues his reflection on the elderly: an anaffective and irresponsible reason is today taking away meaning and energy from the knowledge of the truth, …

Attitude linked to the throwaway culture

It is the drama, often told by the media, of the elderly who are deceived “to seize their savings”, or “left unprotected and abandoned without care”, or “offended by forms of contempt and intimidated to give up their rights”. Even in families, Francis complains, “such cruelties happen”.

The discarded elderly, abandoned in retirement homes, without their children visiting them or if they go, go a few times a year. The elderly placed right on the corner of existence. And this happens: it happens today, it happens in families, it always happens. We need to reflect on this.

Pope Francis reads the catechesis of the general audience

The entire society, therefore, for the Pontiff “must hurry to take care of its old people, who are more and more numerous, and often even more abandoned”.

When we hear of elderly people who are dispossessed of their autonomy, their safety, even their home, we understand that the ambivalence of today’s society towards the elderly is not a problem of occasional emergencies, but a trait of that culture of waste that poisons the world we live in.

Francis’ appeal so that the ongoing conflict does not starve the poorest populations due to the blocking of wheat exports from the Eastern European country, one of the largest …

And we hide our age so as not to lose dignity

The consequences of this, Pope Francis continues, “are fatal”. Old age loses its dignity, and “it is even doubted that it deserves to continue”. Thus, “we are all tempted to hide our vulnerability, to hide our illness, our age, our old age, because we fear that they are the antechamber of our loss of dignity”.

Let us ask ourselves: is it human to induce this feeling? Why is modern civilization, so advanced and efficient, so uncomfortable with disease and old age? And why is politics, which is so committed to defining the limits of a dignified survival, at the same time insensitive to the dignity of an affectionate coexistence with the old and the sick?

Two elders meet the Pope at the end of the audience

The elder of the psalm, “who sees his old age as a defeat”, however, underlines the Pope, “rediscovers trust in the Lord. He feels the need to be helped ”. And she turns to God.

The invocation testifies to God’s fidelity and calls into question his ability to shake consciences diverted from insensitivity to the parable of mortal life, which must be preserved in its integrity.

Watch the full video of the hearing

Indeed, Francis bitterly comments, “shame should fall on those who take advantage of the weakness of illness and old age”. The elderly, on the other hand, “rediscovers prayer and testifies to its strength. In fact, in the Gospels, Jesus “never rejects the prayer of those who need to be helped”.

“The elderly, because of their weakness, can teach those who live other ages of life that we all need to abandon ourselves to the Lord, to invoke his help. In this sense, we all have to learn from old age: yes, there is a gift in being old understood as abandoning oneself to the care of others, starting with God himself. “

Two elders meet the Pope at the end of the audience

To marginalize the old “corrupts all seasons of life”

Thus, the Pontiff concludes, there is a “magisterium of fragility”, which should not be hidden, because “they are true”, a magisterium that old age can “remember in a credible way for the entire span of human life”.

This magisterium opens up a decisive horizon for the reform of our own civilization. A reform that is now indispensable for the benefit of everyone’s coexistence. The conceptual and practical marginalization of old age corrupts all seasons of life, not just that of old age.

You too will be old: treat them as you would like them to treat you

Each of us, Pope Francis continues off the cuff, “can think of the elders of the family today, how I relate to them, in memory, I go to visit them, I respect them”.

The elderly who are in my family, let’s think of dad, mom, grandfather, grandmother, aunt, friends … Did I erase them from my life or do I go to them to get wisdom? The wisdom of life. Remember: you too will be elderly or elderly. Old age comes for everyone. And as you would like to be treated in the time of old age, you treat the elderly today. They are the memory of humanity, the memory of the country. Guarding the elderly, who are wisdom

May the Lord grant to the elderly who are part of the Church, is the Pope’s final prayer, “the generosity of this invocation and this provocation. May this trust in the Lord infect us. For the sake of all”.