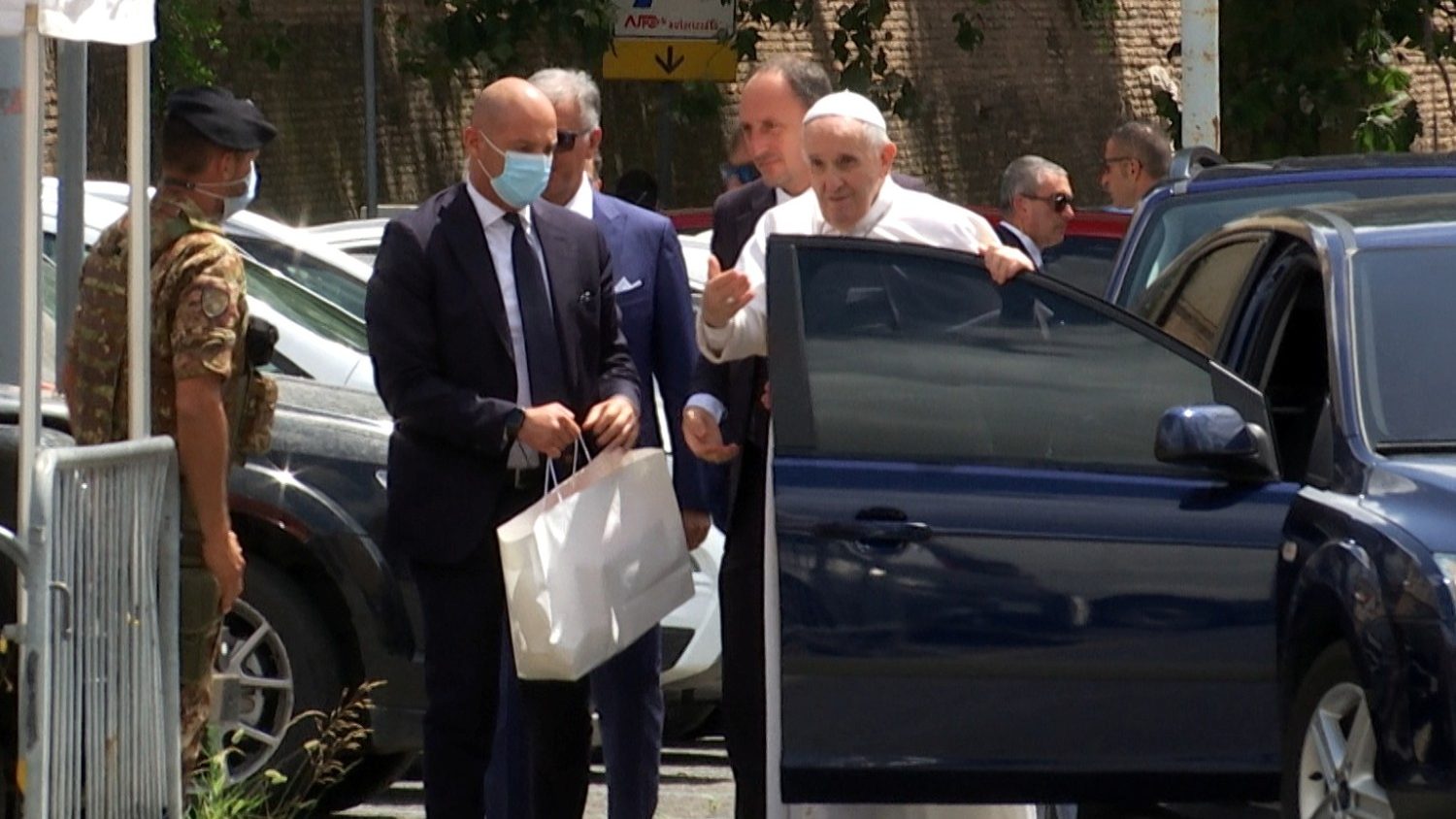 This morning, according to the director of the Press Office of the Holy See, the Pope was discharged from the Gemelli Polyclinic Hospital and returned to his residence in the Casa Santa Marta in the Vatican around noon, first stopping to pray in the Basilica Saint Mary Major to give thanks for the “happy result of her stay” and to remember all the sick she encountered during her hospitalization.

Responding to journalists’ questions, the director of the Holy See Press Office, Matteo Bruni, confirmed that this morning, shortly after 10:30 am (local time in Rome), the Holy Father was discharged from the University Hospital Agostino Gemelli.

Before returning to his residence in the Casa Santa Marta, in the Vatican, the Pope went to the Basilica of Santa María la Mayor where, before the image of the Virgin Salus Populi Romani, he thanked for the success of his surgical intervention , leading a prayer for all the sick, especially those he encountered during the days of his hospitalization.

Shortly before 12 noon he returned to Casa Santa Marta.

His hospital admission, which attracted great media attention, was scheduled for Sunday, July 4, after the Angelus was prayed.

In the early afternoon, the director of the Press Office of the Holy See, gave the news: the Pontiff had left his residence in the Casa Santa Marta and was heading to the Gemelli Polyclinic for a “scheduled surgery for diverticular stenosis of the sigmoid “. Almost at midnight the first medical bulletin was released informing that Francisco had reacted well to the operation.

Messages and prayers from around the world

Since then messages of affection and prayers for the Holy Father have not stopped coming from all over the world. Throughout the week, various groups of people wishing to express their closeness to the Successor of Peter also began to congregate at the doors of the Gemelli Hospital, some of them through songs, flowers and posters. A fact that was repeated last Sunday, July 11, when Francis prayed the Marian Angelus prayer from a balcony of the Hospital.

On the other hand, among the first to wish the Pontiff a speedy recovery were Patriarch Bartholomew I and the Grand Imam of Al-Azhar, Ahmad Al-Tayyib, as well as other representatives of various religious, political and social institutions.

The affection of the little Gemelli patients

Francisco was particularly moved by the welcome he received during his stay at the Hospital, from the children hospitalized in the Pediatric Oncology department: a room located in front of the Pope’s rooms.

The little ones sent him their affection through drawings and letters, assuring him that they prayed for him. Yesterday afternoon, finally, the Holy Father had the opportunity to visit and bless them along with their families and health personnel.