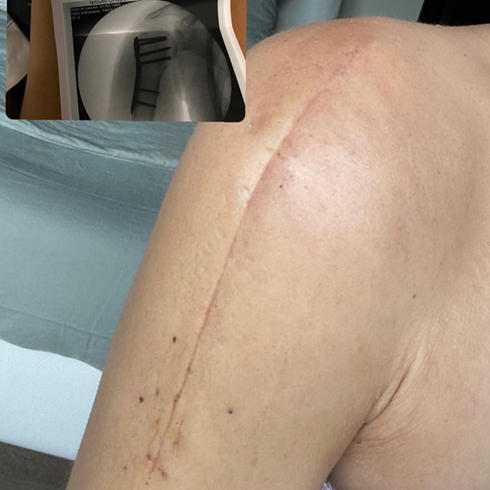 Wilma Helena Faissol pays hard for the disastrous fall from her horse, the second after the one last January which had already cost her a lot and in which she had “Non-commotional head trauma and polycontusions”. On the social the wife by Francesco Facchinetti shows the scar 33 days after l’operation at the shoulder. The 39-year-old is slowly recovering, the post-surgery wound has healed, but she is no longer the same.

He will not ride anymore. She decided it after risking her life. “This morning after a jump, Wally landed badly and spread to the ground. I fractured the shoulder, tomorrow I operate. Never felt such excruciating pain. I’m immobilized and full of drugs “Wilma had told hotly, directly from the hospital emergency room, where she had immediately gone.

The fracture of the humerus required surgery. He now he is home and trying to get back to life. There scar reminds her what happened. There was a great deal of fear, hence the decision not to ride the saddle anymore. But the pain wasn’t just physical.

“I’ve always preferred to be in the company of horses rather than humans. Now I don’t know who to hang out with “, the Brazilian explained in recent days in her stories. Riding was something that made her feel good: she misses her very much.