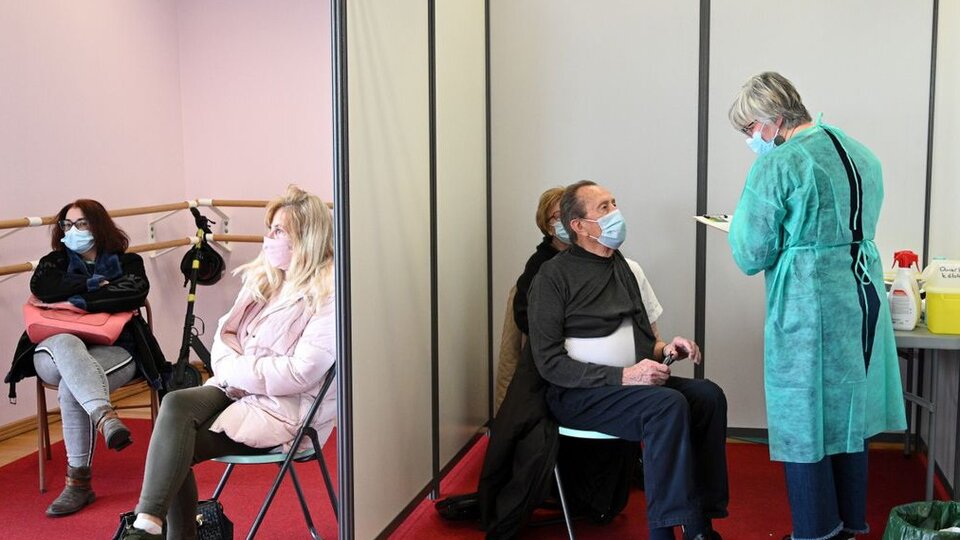 The day after the French president’s television address, during which, among various measures, Emmanuel Macron appealed to society to be vaccinated, one million three hundred thousand people requested an appointment to be vaccinated. This unprecedented stream of vaccination candidates is clear from the pressure exerted by the head of state to convince the reluctant and, at the same time, curb a new wave of covid-19. The pandemic has progressed in recent weeks across the country driven by the Delta variant of the virus, already the majority in almost all regions of France. Macron ordered, in two phases (July 21 and early August), the generalization of the “health pass” to enter public places (bars, restaurants, cinemas, theaters, shopping centers, airplane trains) as well as the obligation to be vaccinated for hospital personnel and for those who are in contact with fragile people. The health pass consists of either a vaccination certificate or a negative PCR test.

The new device is not easy to apply. As you express it to PageI12 the owner of a restaurant in the 13th arrondissement (Butte-aux-Cailles) “This idea of ​​Macron is going to make us police or sanitary controllers. It is exaggerated ”. The cultural sector also feels, once again, mistreated by the fixed calendar: cinemas, theaters and other cultural spaces will require a health pass from July 21, while the same measure was postponed until August for bars, shopping centers and long distance transport. Currently, there are 957 people infected with the virus who are in resuscitation services. The figure is well below the peak of 6,000 patients reached with the third wave in late April. The number of daily infections amounts to 4,200 and its curve shows a constant rise. According to the French Minister of Health, Olivier Véran, “if we do not act now the figure could rise above 20 thousand at the beginning of August”.

The presidential speech on Monday, July 12 marks a change in the strategy of the head of state. On November 24, 2020, when he announced the arrival of the first vaccines, Macron said: “I want to be clear: I will not make the vaccine mandatory.” In the following months he repeated the same message. In December, on Twitter, he wrote: “the vaccine will not be mandatory. Let us trust our researchers and doctors. We are the country of Lights and Pasteur. Reason and science must guide us ”. However, as happened in April 2021 when he resigned himself to confining France again, the looming shadow of a fourth wave of the virus led him to change his mind. The obligation, for the moment, only concerns the hospital staff, but in case of acceleration of the Emmanuel pandemic Macron clarified: “depending on the evolution of the situation we must, without a doubt, ask ourselves the question of compulsory vaccination for all French people”. The General Directorate of Health indicated that 40% of the population, which is equivalent to 27.3 million people, had received two doses of the vaccine. A newspaper poll Le Figaro and the France Info radio also reveals that 58% of the French are in favor of the vaccine being an obligation. In the middle are the categories of those who still have doubts and those who categorically refuse to be vaccinated.

Since the beginning of June, with the gradual end of the curfew and territorial confinements, the vaccination campaign has been losing vigor. A study carried out by two sociologists and published on the MedRxiv portal showed a kind of portrait of the social classes most hostile to the vaccine. According to this sociological work (85 thousand people consulted) the profile of subjects reluctant to vaccines corresponds mainly to the most modest social classes, young people and women. In that segment is the 20% who “doubt” about the vaccine. Then come the most radical, known as the “Antivax”, who represent between 2% and 5% of the population and even have renowned spokesmen such as the Nobel Prize in Medicine Luc Montagnier (discovery of the AIDS virus) or a geneticist, former member of INSERN (National Institute of Health and Medical Research), Alexandra Henrion Caude. Dr. Henrion Caude is the scientific guarantee par excellence of the so-called “covid-skeptics” and the strongest opponent of messenger RNA vaccines (Pfizer-BioNTech and Moderna). According to her, these vaccines “are going to modify us genetically.”

The evolution of the positions before the vaccine has been constant. In 2020, anti-vaccines were the trending topic on social media. They monopolized the debates and exerted a strong influence. Between April and June 2021, the anti galaxy began to lose its ascendancy, the pronouncements in favor of the vaccine became more solid and the anti-vaccines became less audible. This exhibition follows from the research carried out by Bloom. It is a Social Media Intelligence (SMI) platform that is dedicated to quantitative, predictive and strategic analysis of social networks.

The avalanche, in less than 24 hours, of more than a million people who signed up to be vaccinated installs another perspective. The question that circulates today consists of asking if it was Macron who convinced society with his speech or if another variable intervened. This morning, in Paris, many doubting French people confessed that more than fear of the virus, what motivated them to get vaccinated was a deeper dread. Thomas, a 40-year-old man, confesses to this newspaper: “You know, I’m not forgetting that. The months of confinement, everything closed, my family far away, my invisible friends and loneliness. The virus does not scare me, but losing the freedom to live again does. So, look, what can I tell you, the thing that they call Delta threatens us again. So now, I prefer the vaccine and freedom rather than not having either one. “